The Lamest Super Heroes of "Heroes Unlimited: The Justice Machine"

The Justice Machine was a marginally popular small press comic book in the 1980s. It was adapted to Kevin Siembieda's Heroes Unlimited system for a 1985 source book detailing Justice Machine and other characters. The characters are lame and the artwork, somehow, does them a disservice. 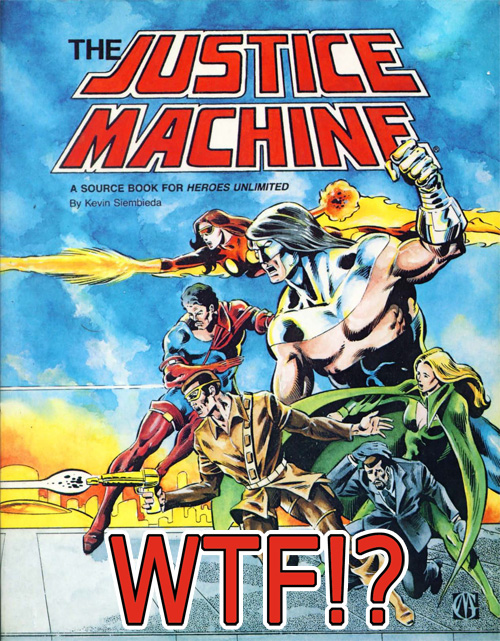 Zack: Which character is your favorite, Steve? Is it the guy in the tan shirt with the bandolier? The guy with a uniform that is just a cowl and Spanx?

Zack: What worries me is that these were the characters that made the cover. I have a feeling we're going to find some real rejects inside.

Steve: Well, it's a Siembieda project, so you know there are going to be some robots in there somewhere. He probably includes the Mechanoids chapter that is in almost every book ever published by Palladium.

Zack: He loves that army of robots that looks like 1950s toasters.