A.P. Brown is the Guarantor of Absolute Satisfaction 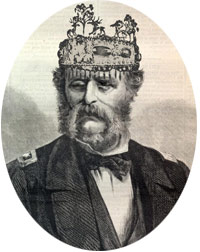 CHALLENGE SURPASSED IN THE INTEREST OF INDUSTRY

Certain purveyors of acceptable products in the industry of fur trapping and trade have made a habit of issuing challenges in the pages of their correspondences with the public. These public games and spectacles serve as an amusement for men such as P.B. Fouke and J.F. Swanton interested more in their own delights than the satisfaction of customers. Brown Fur Amalgamated does not possess the time to squander by embarking on such forays of the fantastic.

However, lesser men than you or I would seize upon this commendably consuming dedication to the customer as a sign of weakness. No doubt these same men of inferior capacity would parade any such rebuke through the pages of their preferred periodical. In the interest of proving the commitment of Brown Fur Amalgamated to the advancement of the science of fur trapping and trade, with absolute finality, I have decided to accept Mr. Fouke's challenge of self-mutilation. None will ever again question the fortitude of A.P. Brown.

Two days prior to this day, and with absolute faith in the infinite possibilities of science, I climbed the highest peak of the Ozarks in search of the aerie of a North American condor. Having located a particularly fearsome specimen, I engaged the patriotic beast in hand-to-hand combat atop its mountain fastness. I dispatched its mewling young with contemptible ease, but the enraged matron of the flock scored several brutal pecks to my hands and arms. Weakened by these expert exsanguinations, I grabbed the bird around its feathered neck and throttled it.

This dwarf specimen is only one tenth the girth of the creature I faced.During what I assumed to be the creature's last moments of life I was overcome with a natural and complete love of country. I could see bombs bursting red in the sky and singed flags flapping beneath a gently tooting bugle. In my patriotic fugue I unwittingly lessened my grip on the condor's gizzard, allowing it to slip free my grasp and begin anew its attack on my face. My love for the Union was so powerful that I became blinded by the tears streaming from my eyes.

The bird sensed my vulnerability. With a final yawp and a crash of beaten wings, it swooped down upon my face and seized up both orbs of my eyes. I had intended only for one of my eyes to be taken, as per the challenge issued by Mr. Fouke, yet before I could grab for my saber the condor made off with both of my eyes.

Such a maiming might have felled a man such as P.B. Fouke. No doubt the loss of both eyes would have sent J.F. Swanton into the depths of despair and opium. I was not similarly moved by the injury, for as my father V.X. Brown once said, "A maiming is merely an opportunity in the guise of a maiming."

My faith in the limitless possibilities of science proved well-placed. In a matter of days I was able to affect the purchase of a Prussian diadem from the Zeiss Kaleidoscopewerken in Brandenburg. A fine rotary gearbox, a simple gas light, and varicolored lenses now project an image before my face nearly to rival the splendor of God's own creation. Through this method I am given the illusion of sight, though I do not see as you might understand.

The device truly is a wonder of science and an inspiration to my work here in the fur trade. The self-maintaining diadem only requires winding and oiling twice per hour and it rarely catches fire. Though I cannot yet read text, I can feel the warmth of colors upon my cheeks and I am told by Herr Totenkopf that it is only a matter of weeks before my body is trained to sense words.

I hereby consider Mr. Fouke's challenge met and exceeded. If he wishes to continue the charade then I suggest he muster the strength and intellect to meet the challenge presented by his legion of unhappy customers. I am told by certain distressed fur trappers that Fouke's inefficient Meloch scales have been miscalculating weights, leading to underpayments in his purchases of raw beaver pelts. It would please me greatly if he would simply do the proper thing and meet the modest needs of his shrinking customer base.

MY PRODUCTS ARE WITHOUT PEER 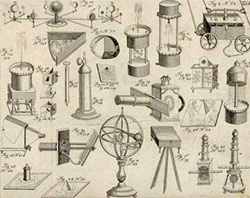 Just a small sample of our upcoming product line.A.P. Brown and Brown Fur Amalgamated are pleased to announce the first two in our line of domestically engineered implements for the discerning trapper.

Foremost among these fine products is the BFA-1A Pressure-Activated Buffalo Trap. Soon to be known among buffalo as their greatest anxiety, the BFA-1A is virtually undetectable by the animals and relies on time-tested spring and lever action to apply six tons of sudden force to the neck of a buffalo. The trap is available in three colors as well as a non-humane model carefully engineered to crush the buffalo as slowly as possible without reducing the efficiency of the trap. That will pay them back for Montauk!

Varmint furriers rejoice! The BFA-2A has arrived to assist you in the tedious task of removing the intact pelt from a rabbit or squirrel! Simply place the animal into the BFA-2A's brass funnel and step over to the pelt chute. In minutes your pelt will emerge with no fuss and no worry. The rotating pelting screw will strip the pelt from the varmint so quickly that it will emerge from the discard chute completely unaware that it is dead.

For a small investment of only two dollars you can receive a lifetime of service from these hardworking machines.