Once upon a time, completely out of the blue, I received an email from somebody named "Jerry" representing a company called "Monarch-Gift" (based in China). He offered to produce and sell me the proverbial gift that keeps on giving, the "christmas Glass Gift."

Undeterred by the chance Jerry could be an unscrupulous businessman, I threw caution to the wind and took Jerry up on his offer.

12,000 Chinese glass toilets sounded like a fairly reasonable request, and I had no doubt Jerry could fulfill such an order. Much like any business professional, Jerry required additional details.

I suppose the Chinese aren't as familiar with glass toilets as us Americans, so I felt obliged to reply to Jerry with some basic details in the form of a carefully designed engineering schematic. 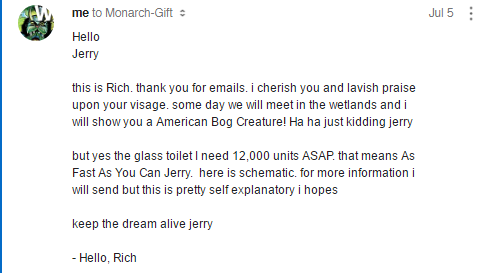 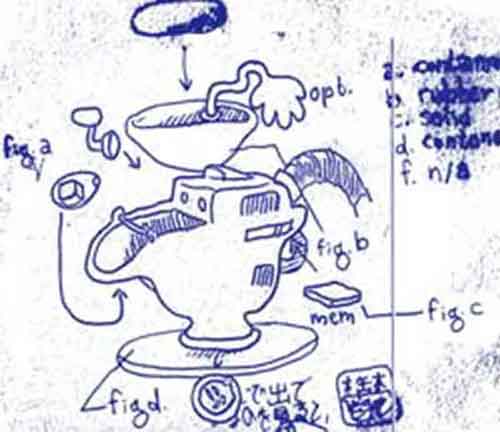 Our Something Awful email pranks target the worst and most idiotic folks on the Internet. Believe it or not, these email pranks are all - unfortunately - real.