So you're arguing with strangers on the internet 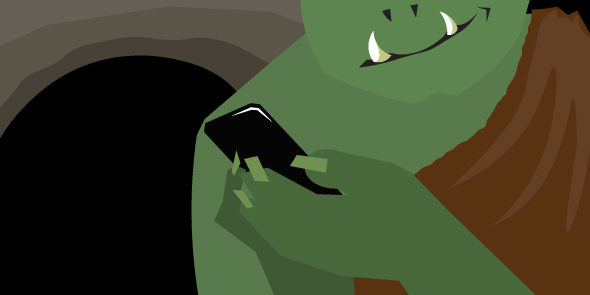 Special thanks to Catherine Weiss for this glorious art.

Howdy, pardner! Despite all the reasons not to, you've decided to whittle away what remains of your life attempting to argue with a total stranger. Congratudolences! Now, while I do lack the moral standing to judge you on your deliberate and intentional choice to upset someone you don't know and will never meet, I do have a few tidbits gleaned from an adolescence spent ruining every life I came into contact with.

If you're really committed to spending time arguing with strangers on the internet, understand that this isn't your high school debate club. You're not going to have a Come To Sorkin moment where you elocute your Sears khaki wearing-ass off so eloquently everyone reading slow claps in their individual wank shanties. No one's reading that closely.

Baby, this is a war of attrition, and the only winners are those who sealion loudest and last.

1) Facts are Irrelevant, Emotions are Everything

In a face to face discussion, new information is evaluated, and if accepted, the belief adjusted to account for this new perspective. In an internet argument, new information is treated as a personal insult. Grounds for war, roughly equivalent to slapping a king with the axed-off arm of their favorite jester. On the internet, you are what you believe, and changing what you believe means changing who you are. You're wearing yesterday's underwear, imagine how much more difficult it is to adjust to a whole new concept of self.

You can't change what they believe, but you can change how they feel. If you want to win them over, make them feel like they're understood. Show them you recognize their identity, what impact their material conditions have on their day to day life. Show them you understand why they feel the way they feel. That's how you get them to drop your guard and listen to you.

But! You don't want to win them over, do you? Fuck no. You're a nasty little puke with a wound on your soul and you want to shit around and hurt someone. You want an excuse to be a prick and feel like you're furthering an agenda while doing it. Don't act like this isn't about you. Spend sixteen hours a day staring at a camera and you think it doesn't stare back? I see you squirming.

Granted, fun is a foreign concept to the irony-poisoned, but hear me out. Those who know only misery will seek to drag you down to their level and extinguish whatever joy you've got left inside. Nothing makes that type of dickbag burn out faster than realizing their attempts to wound a foe are yielding the opposite effect. When an asshole encounters fun, it rankles them because it remains an experience out of reach. Something longed for but ultimately denied, like how your partner experiences orgasms.

Imagine what it must feel like for the gluten intolerant to sit outside the windows of italian bakeries and gaze longingly at cannolis. That's what fun is to the asshole, the forbidden joy which envelops a painful reminder of what their life lacks. Baked goods are extremely dramatic.

The upside to having fun is, in the impossibly small chance that anyone else reads your posts, they'll be drawn to your insolucant joviality. You also get to pretend to be happy, instead of actually being mad. That's probably good for your heartmeats or brain juices or whatever. Chakras.

3) Ignore Your Errors, Highlight Theirs

Those acting in bad faith will take an admission of error and expand it into the most profound human failing possible, regardless of it's actual validity or severity. You cannot ever acknowledge your wrongdoings or shortcomings, because doing so is allowing your opponent to define the course of the rest of the conversation.

Everything you have to explain to the audience has all the same impact as an axe lodged between your shoulderblades. In an internet argument, all you have to do is disqualify your target to turn the people against them, and each honest mistake you try to justify counts as another reason to ignore your words.

This is why it's absolute suicide to make an argument from a position of your own identity, because it presents a massive direct target right on your most vulnerable core. It's hard to make a case against someone based strictly on what they think and believe, but attacking a person's identity pulls the chair right out from under the noose.

For example, if you discovered you were debating someone who, say, admitted to impersonating another race for several decades, there's quite a bit of hay to be made of that, even if said race held them blameless. Obviously someone lying about something like that is capable of lying about anything. And someone who could lie about anything is capable of utterly impossible crimes. Alligator arson. Grapefruit buggery. Unlicensed demolition of Thursday. The mind reels at not the facts, but the implications.

You can never directly acknowledge your shortcomings, because admitting a wrongdoing opens the conversation onto just how wrong it was. If you never cop to it, the conversation stalls on the question of guilt without ever assigning blame. Did he or didn't he? Even when it's obvious he did, refusing to admit it means the opposition now has to re-argue the case for why he did, instead of making the case about how bad he is for having done the doings that he did do, when he did do doing them.

This is how, say, a dictator slash corrupt real estate dipshit escapes crimes that have sunk vastly more charismatic sex offenders, he moves the conversation effortlessly past "did he do it", skipping "if he did do it, how bad was it really," pausing briefly at "if it was really bad he would have been punished" before flying onto the next outrage du jor without ever lingering on any one subject long enough for the mechanisms of Justice to seize him in its steely jaws.

Instead of admitting to using a logical fallacy, attack the other person for fixating on logical fallacies. If someone cites facts contrary to your argument, question the validity of the source. The focus can never remain on your argument or identity for too long, because the argument itself isn't the point, it's continuing the argument without having answered for your misdoings.

4) Never Engage With Their Facts

It seems contradictory, if you want to discourage opposing viewpoints, why engage them in argument? Well, the key isn't to engage them so much as it is to use them as a prop to support your own ideological hegemony. Talk beyond your foe until they get so exasperated that they say something to disqualify themselves, then focus exclusively on that.

Newbies will waste their time typing out a point by point rebuttal of everything their opponent says, like anyone gives a shit. Fool! No one will read all that, and your most compelling arguments will get lost in a wall of impotent discourse.

Instead, continually reassert your main point using as many different and convoluted arguments as possible, cherry picking tangents and easily argued quotes from your opponents' posts only to support your own position. Ignore anything they say which could potentially prove you wrong, and instead feign concern and outrage over the form, not substance, of their argument.

Take every slight imaginable. Hem and haw over utterly trivial controversies. Play greviance games, suddenly develop an affinity for class or identity politics. Take the least big of enthusiasm as carte blanche excuse to discount an entire movement. Spellcheck everything. Bore them to tears with your pedantry. You've been training your whole life for this moment, you better waste it with flying colors.

5) Be A Better Friend To Their Friends & Push Them Out Of Their Own Social Circle.

Chances are, if someone's arguing with people online, they're probably a shitty friend who takes their community for granted. Move in next to your target, and reach out to everyone they know under the pretense of being new in town.

You'll need a cover story, but given how much you lie to yourself, I'm sure you'll think of one. Maybe you're a disgraced cobbler from the Isle of Man, or a Welsh revolutionary on the run from the law. Perhaps you're the heir to a historic French cheese farm and are fleeing the responsibilities which come with your high station, secretly hoping to meet some dumpy peasant girl who picks her teeth with hay.

Bring snacks when you visit. Make eye contact and ask them how their day has been. Volunteer to drive them to the airports, hospitals, and even rent a truck when they move. Host killer BBQs and deliberately don't invite your target.

Eventually, your asshole will realize this handsome stranger is stealing their life out from under them, and stop arguing online, thereby proving you right by default. The real victory are the friends you stole along the way.

This is the easiest of all the solutions. Anyone who fights strangers online does so because, in psychological terms, they're unfuckable. Just show up to your targets door and introduce yourself as John Doe, Public Sexhaver. Inform them that it's time for their yearly scheduled fucking, and, with their enthusiastic consent, give them the ride of their lives. Do the weird stuff, use a turkey baster. You're not done until their lower half physically separates from their torso and crawls to higher ground.

Text them in the morning. Meet up at that new tapas place for an early supper after your spin class. Go out to their favorite poetry slam and hear them read a sonnet about a cat they know fromInstagram. Start leaving socks and underwear in the bottom drawer of the dresser they aren't using. Go antiquing. Rent a cabin in Deer Isle, Maine. Chase them along a shoreline, till you come to a pine grove whose boughs overhead are so thick with fireflies that it looks for all the world like the night sky has come to make constellations of you.

Hold their hands, there, in that knot of conifers, breathing in all that midsummer Christmas, till the ring in your pocket grows big enough to swallow you both, and kneel. Ask them to marry you. Dare them to get sick of your cooking. Swear to love the creases into the corners of their eyes, till your smile spackles over all the cracks in their heart and they fill their lungs tight with laughter. Let the fireflies carry you off to the bluest heaven imaginable.

That way, when you hit them with the Surprise Divorce, you get half their sheep and grain.

7) Drain The Gasoline From Their Car.

This is my favorite because it helps defer the cost of driving all the way to your nemesis's house in the first place.