Now, I don't mean this in an edgy or mean way. We've all been through the normal stages of grief and there's nothing at all funny about them. But, towards the end of my dad's battle with cancer, there were many extremely abnormal occurrences that made me stop and laugh.

During those 5-10 seconds, I would feel relief from grief, so I began to look for them as a way to ease the pain we all undertake when we are losing a loved one. 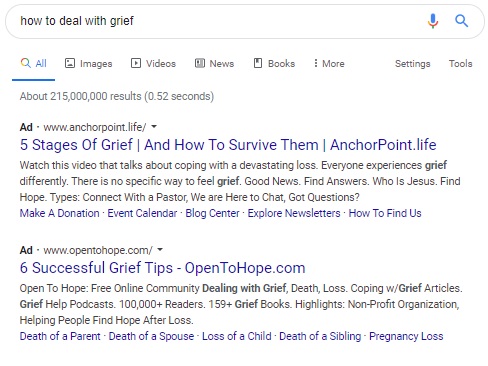 Also the pain from realizing people are monetizing grief with listicles.

My father wanted to take advantage of a Washington State law that allows a terminal patient to take a cocktail that ends their life. He wanted me to help him administer it and be there when he died, so I drove to the pharmacy and picked it up. It came with instructions. I would think the instructions for drinking poison would be pretty simple:

Nope! The instructions were two pages, front and back, of single-spaced rules. I'm telling you, man, some of these rules were super weird, like this one:

"If the patient finds the drink to be bitter, they can take it with sorbet but not sherbet."

So often do we discount the life-saving powers of rainbow-colored fake ice cream. I read that instruction several times, and the more I read it, the more it came off like an ad paid for by Big Sorbet. 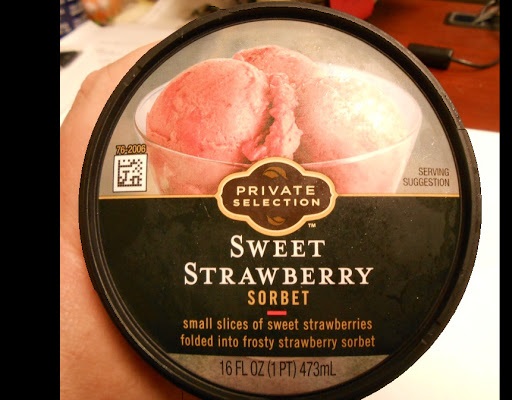 Private Selection: Experience Heaven before you die.
Make the ad check out to "Evan Hoovler," thanks!

Here's another gem: "After the patient is unconscious, rotate them so that their spleen is closest to the floor." There was no explanation, there was no diagram, they just expected me to have an innate knowledge of how to flip my father's body like a lumpy mattress. I don't understand why they couldn't have just said, "roll them onto their left side" or whatever.

Realizing this whole process was a lot weirder than I expected, I drove back to the pharmacy. I started talking to the person who made the cocktail about which rules were absolutely necessary. Overwhelmed with the emotion of the situation, she started crying and reached out to me for a hug. Now, I like to think as myself as a compassionate individual, but when this happened I couldn't help but think, "there's no way the job of comforting someone tangentially related to the situation can fall to me, the relative about to administer a deadly drink to their loved one." Still, I gave her a hug, but the whole time I thought, "I have an idea: How about I sit here and cry, and you go kill my dad?" Is that mean? I don't want to be mean. 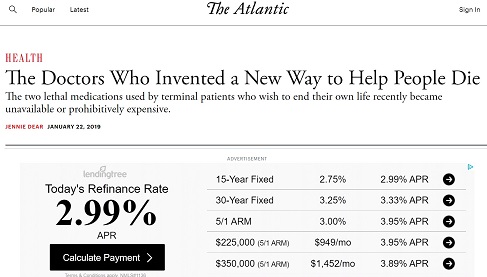 Is an article about how to die really a smart spot to advertise a long-term loan?

Anyway, the drink was administered and there was nothing humorous at all about the process, so let's fast forward to my mom and I waiting for the paramedics. The whole time, we were really creeped out. We tried covering my dad's body with a blanket, but it did nothing to lower the extreme eeriness that seemed to be seeping through the walls. Finally, we realized the problem: My dad had decided to listen to a "music" album while he passed away, and that album was the Gregorian Chanting Monks.

He had it on such a low volume we didn't realize it at first, but the room was filled with the guttural sounds of a bunch of monastery guys humming the same low note. We found the remote and turned it off and immediately the room got way less creepy. Two people hanging out with a dead body is like 1/10th as chilling as listening to that weird chanting.

When the paramedics arrived, my mom did the talking. This is because she had been given a strict script to follow in order to minimize the chance that the Sheriff opens a murder investigation. The paramedics realized everything was on the level, so they asked for a few extra documents to help convince the sheriff, like my dad's signed Do Not Resuscitate form. This was not part of the script, and it threw my mom way off, so I decided to take over.

I went to my dad's files to see if I could find the DNR form. This was harder than you'd think because collecting meaningless files was practically a hobby for my dad: He would print out pictures from the Internet and put them in a folder, cut out pictures from magazines and put them in a folder. He never collaged so the purpose of these paper pictures will forever elude me. There were four filing cabinets full of files.

I sighed, opened the first cabinet, and the first file said, "end of life planning." Yes! Hole in one! I opened it up, expecting to see my dad's DNR, but what I actually found was...

... a page from a book of cryptograms.

Treasure bullshit, but I knew one thing: I didn't have time for this. I. WAS. BUSY. 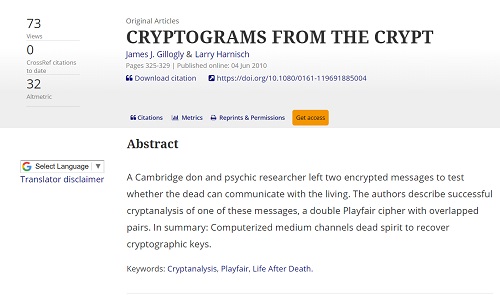 As opposed to these researchers,
who apparently have way too much free time.

Realizing my dad's labeling system was broken beyond recognition, I stepped back and thought about the situation. I realized I surely wasn't the first stressed-out, grieving person trying to find a DNR, so they had to have done something to make it more visible. Sure enough, I saw a bright fluorescent paper peeking out from a folder, and that turned out to be his DNR. It was in a folder marked "end of life planning." A different folder than the cryptograms. When I checked, later, it turns out my dad had four folders with that label.

The paramedics came and went, and I soon got a phone call. My dad had donated his corneas so blind people can see, and they needed a lot of info on his history. Now, my dad was active in the gay scene of 1980s San Francisco, which led to a lot of questions that I was sure I didn't know. Look, I don't know if my dad had unprotected sex with multiple partners when I was 5 years old, HE DOESN'T HAVE EYEBALL AIDS, WTF?!

This seemed to satisfy them. Once I hung up, I laughed, and that brought me another precious moment of grief relief. This was important, as I had a big article to write: My father's obituary.

This brings us to today, months after my father's passing. My dad's obituary recently won a huge award: The Fantasy Sports Writers Association's "Fantasy Football Article of the Year." This has left me stunned and overjoyed, but it has also brought back waves of grief as I relive the emotions I was experiencing when I wrote it. So I wrote this article to remind myself of those silly events that brought me reprieve during that dark time.

I hope that you, dear readers, can remember to look for these moments when you are going through your own stages of anguish that happen tragically too often. And I hope you can laugh and get your own grief relief. Because in the end, we all pass on, and the only thing that matters is the emotions and relationships we experienced along the way.