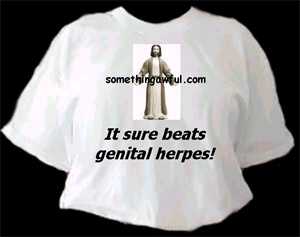 Technically I guess SA beats genital herpes, but not by that much. That's kinda like saying "Alley McBeal" is better than "Party of Five". 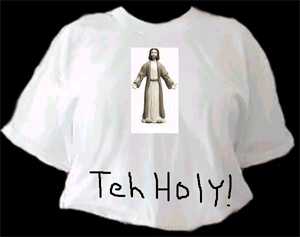 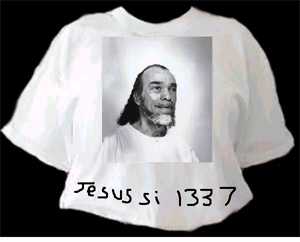 here you go d00d. hope all you h4x0rs out there get pl4st0r'd. ...You can submit as many designs as you want, as long as they don't suck <-- oops, I read that after I made the shirts. oh well. I look foreward to my own brain of hitler. I plan to eat it and absorb his "power"

Don't worry, it already looks like you have as much brainwave activity as Hitler currently does. 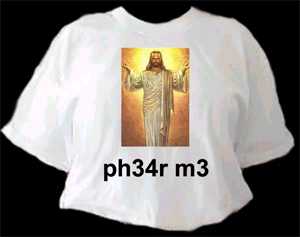 I never knew Jesus was an l33t script kiddie, but it all makes sense now. Now go haX0r the Holy water and turn it into beer.