Jeff K.'s weekly column, appropriately entitled "Ask Jeff K.", deals with all the issues that affect all hardcore gamers and l33t haX0rs out there. If you have a question you'd like to ask, feel free to mail it in. Every letter printed here is in fact real and has actually been sent to Jeff; not a single email has been fabricated or created by the staff.

Let me repeat that again for the sake of emphasis: All of these emails have really been submitted to Jeff K. by real people and have NOT been made up or forged in any way.

HELO STUPIDS and wellcome to my new coluamn this week! in case yuo haevnant been reading this before, IM GOING TO DROP TEH MAD SCIENCE ON YOUR ASSES!!@ YES, LET US DROP TEH SCIENCE NOW and get to teh artical pretty boys!

SINCE YUO ARE OBVIOUSLY . . . A SMARTY MAN (YUOR EMALE ADRESS SAYS YOU GO TO LA TECH), That si whats called "irany" . . .! maeybe yuo should actualy go too some of yuor . . .college coursas instead of sit. . .ting in your undarpants and mastarbating to BABYELON 5 all day yuo stupid GAY FAGot

Jeff, would you please tellme why Daikatana still hasn't gone gold? I've been waiting three years now to buy it and then let it BURN IN HELL! MAYBE JOHN ROMERO WOULD LIKE TO SWITCH THE GAME ENGINE INTO A QUAKE3 ENGINE, INSTEAD OF Q2. maybe he'll even wait til the q4 engine comes out.

i am tired of ppl maeking fun of daykotana. THIS will be a vary good game and i know it because i am teh GAME EXPART. Mistar John Romeo made some excallent games in teh past, like Doom 2, SiNE, advanced Scrabbel Pro Edition, and WAGES OF WAR OVER EUROPE WAR THEATER WORLD WARE 2 EDITION WARPLANE PRO and Diekaatino will be anothar smash hit. and he is nice enough to hire many ppl to work at ION storm (his companey) includeing Killcrick who is a vary hot woman if yuo are asking me. I MEAN, look at id softwarez compared to ION STORM::

id softwarez - they haev Paul Steve. i dont want too see his pictare in a magazine, because i dont beleive I am a fAGOT and although hes probly got biggest man breasts than killcrick I DONT THINK I WANT TO SEE THEM THANK YOU PAUL. paul is a weight lifter and can benchpress a bus full of ninjas so his boobs are strongar. I will maybe make a benchmark later, but i cant get PAINT SHOP PRO working now (maybe it needs more crackz).. 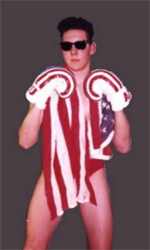