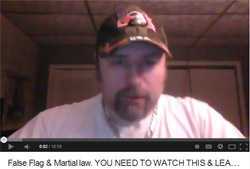 Greetings. It is good to see you all. Reptilian, how are your kids? Man in black, I missed you at the potluck. I hope your wife is doing better. That Fukushima radiation is really bad this time of year. HAARP guy, thanks for the aurora last Tuesday. Looked amazing. Lying Yellowstone ranger, how you been?

Please, if you could all take your obsidian thrones, we have some very urgent matters to discuss.

Thank you all for coming to the Supreme Council chambers on such short notice. I know it is not easy to tear yourself away from ruling your regional governments from the shadows, but this is very important.

After over 2,000 years of secretly manipulating world events for the benefit of our order, we have finally been unmasked. Our secrets are being spilled out onto the Internet by prolific Youtube user HolkHogan420. His videos are systematically exposing the machinations of the Illuminati to the public. 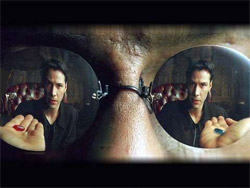 This man has correctly identified all of our recent false flag operations. He has spotted all of the pixels, the actors being interviewed by our agents in the mainstream media, he has circled the right shadows of people in footage, and keyed in on inconsistencies in the accounts related by officials.

We thought we might be able to bury this one, but he cleverly figured out our greatest weakness: subtitled montages cut together with stills from the Matrix movies.

HolkHogan420 has identified our chemtrail vulnerability to spraying vinegar. He has delivered cogent arguments against us directly into a camera while his parrot can be heard squawking in the background. He knows about our plans to take away all the guns in the United States and he has followed the money trail to our attempts to arm our security forces by purchasing hollow points and coffins through the Department of Homeland Security.

We may have convinced the sheep in the rest of the population, but HolkHogan420 has figured out where we landed the Malaysian Air flight and why we are putting an Israeli nuke on board. We have to scrub our plans to crash it in Turkey. 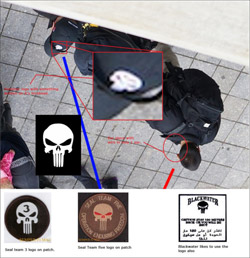 Maximillian, he knew exactly what you were doing with the Blood Moon and he was not distracted from the false flag shoe thrown at Hillary Clinton. HolkHogan420 knows exactly what we're up to in the UN with that resolution on reducing child slavery and he won't let us turn America into another plantation for illegals.

Speaking of which, he also had some very accurate observations about race, welfare, and personal responsibility. As a 35 year old white man on disability with no self awareness whatsoever, I'm afraid he is our worst nightmare of credibility.

Vanessa, I'm sorry to say that after all the ground we won back in the past few years, it seems that HolkHogan420 is threatening to set back our efforts to wipe out the United States using vaccines. He has correctly identified several chemicals in vaccines that are linked to mind control. He is looking at some graphs and coming to the right conclusion. He knows how to stop our cellular transmissions into human brains.

He seems to be pro-Russian, pro-Assad, and pro-Muslim Brotherhood, but stands vocally opposed to someone named Vince McMahon. He knows about the admiralty laws. He has looked up the patent for a cure for AIDS. He has seen it in the patent office. 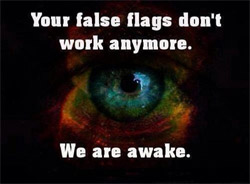 He has spotted all of our symbols in currency, on flags and in various buildings throughout the world. He knows exactly what to look for and American laws can't touch him because he has declared himself a sovereign citizen. Everywhere we turn, he is one step ahead of us.

God help us if he realizes what we are doing to kids in schools, he might follow the rabbit hole all the way down and expose why there are so many more gay people than there used to be. If Natural News or Infowars gets a hold of our Luciferian Agenda with infant formula, it's all over with.

I will now open the floor to suggestions on how to deal with HolkHogan420 and, please, if you are going to suggest a false flag operation go ahead and put your hand down.