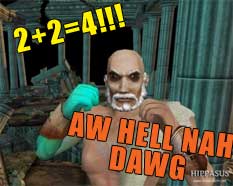 THWOK!!! My level 43 Latin Numerical Analyst slammed her enchanted Pitchfork of Eternal Matlabs against the meager High School Football Jock, inflicting an exponential amount of pain. "This is for all the time you assholes said I have a small penis!" I shouted at the computer monitor while hammering in complex algorithms designed to make my Numerical Analyst triumphantly thrust her pelvis in a matter that bordered somewhere between "owning" and "pwning." The High School Football Jock collapsed to the ground, pools of dark red variables forming beneath his quickly fading corpse. My character gained another level and learned a new spell, Polynomial Sphere Approximations, allowing me to enter the protected Dome of Microlocal Discretization. This was going to be a truly awesome day; I was gonna head out and approximate the fuck out of some spheres.

I pride myself on being the smartest person currently named whatever the hell my name is, so it's no surprise I literally seriously considered leaping with joy when I read this incredible Shacknews interview with the developers of Project Hippasus, a revolutionary new MMORPG promising to satisfy the needs of countless gamers who are desperately interested in not purchasing yet another MMORPG.

So what's going to set this game apart from all the other games composing the 12-foot tall pyramid of failed online cash cows in the back of every Gamestop throughout the universe? Simple: Project Hippasus is based on math! This is apparently something somebody somewhere really wants! It's sure as hell not me, so I'm blaming you, the reader.

Julian Spillane: So, the game itself--Project Hippasus is what we're code naming it--is going to be an online multiplayer game, where you actually shape your own environment and control your character through spells. We don't give you any preset spells. You actually create them all yourself, and all of the spells are created and shaped, behaviorally and visually, through mathematics. We don't have the UI up and running yet, because we're going to be finishing that in the next few months, but the users are actually going to be able to create these spells, and will be doing things that we have never even been able to imagine or fathom.

If you're in a rush and don't have the time to read that big paragraph about god only knows what, let me summarize a few key points to you: 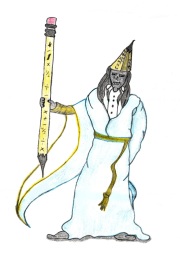 It's about time a brave and pioneering developer took a stand and created a role-playing game that emphasizes math. I for one am completely tired of games like Everquest and World of Warcraft, old, outdated relics that don't rely on mathematics. In Project Hippasus, your character's intelligence level can be a nice, highly mathematical number such as 8, 9, or even 20! This is in stark contrast to games like World of Warcraft, where your intelligence is measured in distinctly non-mathematical terms such as "dog," "oats," or "Wisconsin."

Traditional online role-playing games are dead! You can kiss your old fashioned quests of "travel to location X and kill Z and ask my online girlfriend Y she is cheating on me," because developer Frozen North has unveiled their secret weapon: MATH! Using math, Project Hippasus will undoubtedly redefine the entire genre of MMORPGs by offering quests such as "travel to location X-1 and kill Z," providing previously unimaginable and / or unfathomable ideas! Now when people get up to refill their crusty Mountain Dew jugs, they won't type "afk for 5 minutes," they'll punch in something smart and mathy like "afk for 6-1 minutes" and you'll read their message and think to yourself, "man, that nigga just seriously mathed the shit out of me."

While developers Julian Spillane and Gregory Brill don't bother boring us with the nitty gritty details of their game, such as "how on Earth do you possibly expect this game to successfully function on any conceivable level whatsoever," they do explain a few key concepts of their game. Math will be involved. It will take place in ancient Greece, a land incredibly different than the one we're currently populating, unless you live in Greece and you own a particularly ancient piece of land. One your enemies will include "a powerful mage who's well-versed in quantum theory, or chaos theory, or probabilities." Can somebody please ask the Powerful Probability Mage what the chance is that this game will die alone in the bottom of an abandoned warehouse? It's conning bright green to me!