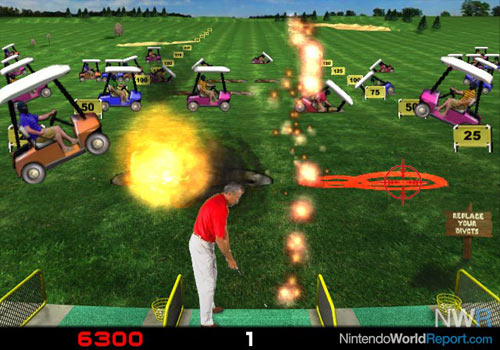 Target : Terror - top grossing arcade game of 06 coming to Wii. Zap it! - In a power play bid to bring an end to the console wars, Konami ports over this graphical powerhouse during the year's hottest buying season.

Games that don't take themselves seriously... - I hate how Tetris is always trying to lecture me with explicit speeches about objectivism.

The Frustrating Anecdotes Thread - When my Princess Tszukmi (import only heh) 200.6% completion save file was deleted, I considered giving up the pre-teen strategy role playing game genre forever...

Blu-Ray wins HD format war, final nail in 360 coffin? - Watching Harry Potter movies in high definition is now only possible on the Playstation 3 and not the Xbox 360, a crushing blow that will shape the fate of the console war for years to come.

here's some news for you to use - Posting veteran dans reveals his her terrible secret...he's a she!!!! Or at least he wants to be. Read this multipage rollercoaster of a thread and explore gender-related issues.

im forum user matt damon, and i need to talk with you. - Continuing this week's theme of introspection, matt damon lets it all out. He's opened his heart for you to see. Are you brave enough to take a look?