The Seven Soldiers Book Club: The Harrowing has begun. Remember how last week there was an interest thread for this very thing? No? FUCK YOU then!

"One More Day": Which Would You Choose? [Spoilers] Well, One More Day is over and boy howdy was it stupid. OR WAS IT?...

Post Your Christmas (Or Other Winter Solstice Holiday) Comics Haul Christmas presents? Bah, humbug I say. I give nothing to any man and I receive nothing in turn. Oh god, I'm so lonely.

Twas the Dark Knight before Christmas. In the Christmas spirit, here is a short film involving Santa and Batman.

Funny Panel of the Week
Thanks Satch. 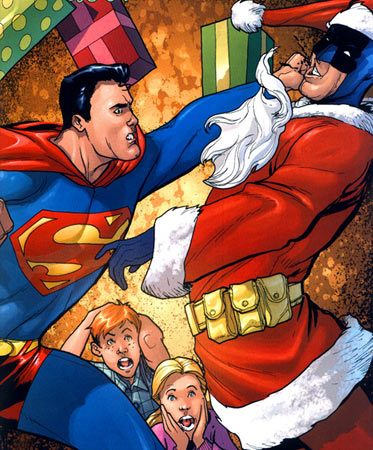 Pet Island's Misery Circle Jerk. Well MY daddy locked me in the closet too! Wah, wah, wah, my family was mean to me and taught me horrible lessons about pets! Its kind of weird, but in the thread this one is making fun of (man that's a weird sentence to parse) Ass Tone got banned for trolling the hell out of it.

Waesa is gross. This is, of course, something that really didn't need to be stated outright. We're talking about the guy who started the "Yummiest Mommy" (his words) contest where he states that he would like to have sex with his mother. Not really though! Ha Ha, yes he actually does.

Vitae She's a big fat furry who's fursona is a big fat bat, with a tail somehow. You would think something like furryism which is all about escape she would try to get away from her big fat life. You'd be wrong! 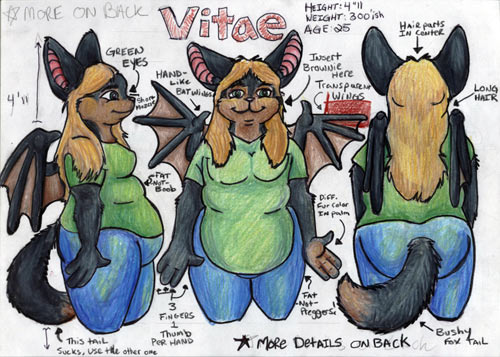 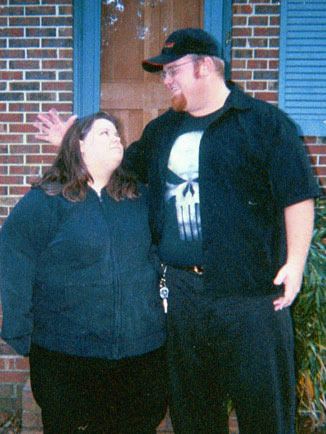 Truckin A man: 9/11 Truther, UFO Expert, Paulsie and Trucker Truckin A man is so sure Ron Paul is going to be nominated to be the Republican candidate for president he is willing to make wagers on it. What wagers you ask? Well...

"Truckin A man will accept a permaban if Ron Paul loses. If Ron Paul wins Toad on a Hat will purchase him platinum, archives, and two custom titles."

Truckin A man and e_angst have the following terms:

"So, here's the bet I'll lay out for any takers: If Ron Paul places in the top 2 in any primary up to and including Super Tuesday, I will buy 3 non-profit, Pro-Ron Paul banner ads of your choosing (just think, a banner reading "We were wrong, we're sorry. Sincerely, the Anti-Ron Pauls"). If Ron Paul doesn't even score a #2 in any of those primaries, you buy 3 non-profit, Anti-Ron Paul banner ads of my choosing."

"ok, so Ron Paul WINS FOUR primary states and I take a permaban, otherwise you pay me $50? Deal."

Truckin A man has the following terms with Clavier :

Truckin A man has the following terms with Adar :

If Ron Paul wins six or more States Adar will purchase a Copy of Graham Hancocks Fingerprints of the Gods , read it, and post a 4,000 word essay on the book here and at the 2+2 forum. If Ron Paul does not win six or mroe states then Truckin A man will pay fifty dollars.