One of the great things about the Internet is that you can find a community centered around any topic, even the scintillating world of unit conversion! At OnlineConversion Forums, members can freely indulge in their passion for turning numbers into other numbers. Forum regulars, known as converters, are there to tackle tough conversions for the benefit of strangers who stumbled onto their realm via search engine. It's the most mind-numbingly boring hobby imaginable, next to collecting grains of sand.

Every conversion query tells a story. Benny wants to figure out his girlfriend's ring size. Aw, how cute! But this is a place of science, so not all of the spouse-related requests are quite that sentimental: 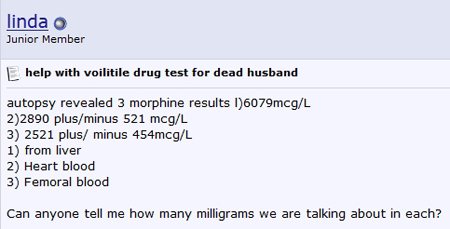 The forum's most popular thread is "Tons to Cubic Metre," where, you guessed it, units are converted from tons to cubic meters. A lot of idiot newbies are forgetting that density is different for different things, which sounds pretty freaking "fail" if you ask me. This riveting discussion has been going on for eight years now. 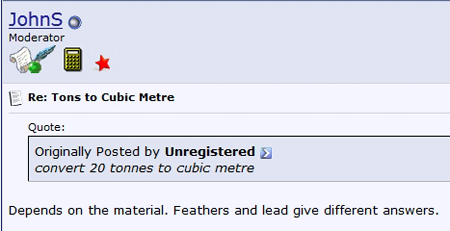 When the regulars want to let their hair down and talk about things that aren't units, they go to the General Chat forum. Or at least what's left of it: Apparently there was so much activity in the off-topic section of a unit conversion message board that it necessitated an entire spin-off board. Who knew?

Those who haven't made the jump to the offsite try their best to keep activity booming and "Post It Up!!!!" You'll find e-mail forwards about how things are different these days and mind-boggling favorite-movie choices. Then there are gems like "List of Sports," in which user yoyo attempts the Herculean challenge of listing every sport, including "crokay" and "dance....." Special recognition for resilience goes to Maulinsu133, who continued to post Kingdom Hearts fanfiction despite a near-total lack of response. 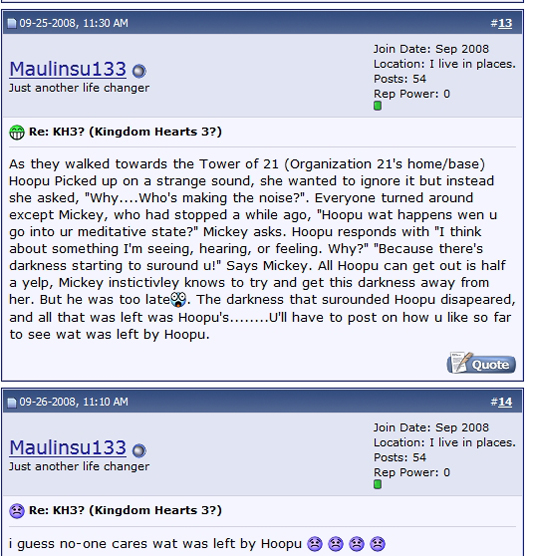