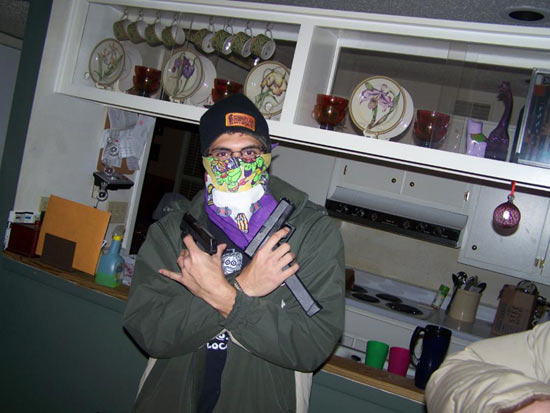 Pale Blue Ribbon - Here we exchange tales of men who's courage, honor, and brass balls the size of watermelons who have earned the United States of America's highest honor for military service.

You have Got To Be Kidding Me - OH MAH ASSAULT WEPUNS R EXPENSUV.

The British Sten - That damned education week just wont go away. This time Spectral Exile gives us a little lesson on how everyone's favorite fully automatic tube canon works and where it came from

Just had a SECOND Negligent Discharge In my House. 45 Hydra-shock Vs. Dryer - Proof that Charles Johnson needs some new friends before one of them "accidentally" shoots him in the face. a

I Got a FREE Suppressor! - NFA Violations? IN MY AMERICA? I THINK NOT.

Cops Tase and Arrest Man for Shooting Pellet Gun In His Yard - Nothing like a little excessive force and Police brutality to get your day going.

Have you ever been shot? - During Gasious Maximus' time in the pornography industry he was shot many times in the face and decided to share his tales of 'accidental discharges' and "delayed primer ignition."

Handgun Neophyte Looking or Concealed Carry Advice - I want to kill bank robbers, and coyotes, and bears, and ponies and Nazis and a bull moose what easily concealable hand gun will do all of this and have a high capacity magazine and low recoil and give me blow jobs every time I fire it?

Superhero Halloween 2008--Because my Joker costume is better than yours - Halloween! That one day a year where we can wear underoos on the outside in public! (Wait, two people dressed up as Bizarro Clark Kent?)

of nazis, demons, and lobsters: Hellboy/B.P.R.D./Mignola appreciation - Red Pyramid shows the love for all things Mignola. The books don't feature Ron Perlman but if you squint you can sort of see him.

Times you have been a total comic nerd stereotype - Everyone in this thread is just waiting to snap when a family member eventually remarks "Oh? They made a book out of Watchmen?".

Funny Panel of the Week - Thanks, Ninja Gamer! 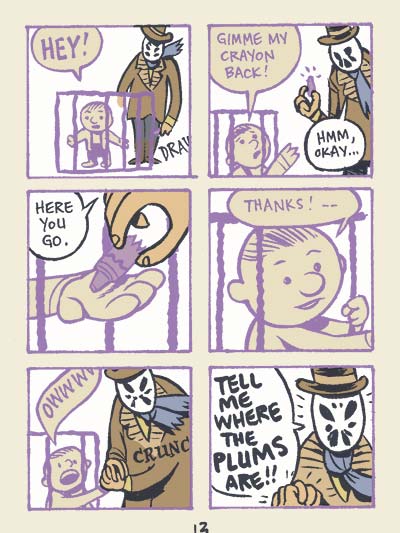