Andrew "garbage day" Miller posts music recommendations and commentary on his Facebook page throughout the year and then packages together these status updates for this annual SA feature!

Every year the Bumbershoot Festival in Seattle books a relatively unknown older soul singer, and while walking past the Whac a Hipster display on the way to the dingleberry booth you can hear an amazing wail piercing through everything, and you look on stage and see belting and writhing and you can't tell where the sweat ends and the tears begin and there's usually a cape involved.

This year Lee Fields was that unexpected show-stopper, and it's this song in particular that made me sit the fuck down for a minute and take notice. Obviously you lose some of the spectacle of a frenzied public confession and plea when you translate it to a recorded version, but it's still pretty powerful. Oh and after I watched the YouTube clip, the next video I watched came prefaced with an unskippable I Can't Believe It's Not Butter ad in which a smooth voice urged me to "cheat on butter."

Until recently if you searched for Ash Borer on Spotify you'd just get the response "Did you mean 'ass boner'?'" Now Ash Borer shows up, but it still asks the same question. Even if - and maybe especially if - you did mean Ass Boner, you'll probably appreciate how the quieter passages on Cold of Ages are really effective at building tangible creepy tension and not just serving as calm-before-the-screamy-part interludes, and how the doom grooves take you to a completely different but equally compelling/terrifying place without feeling forced, and how the grim, frostbitten feel puts the "Antarctica" in "Arcata, California," even though there aren't actually enough Ts for that, whatever.

Lunice and/or Hudson Mohawke made like 5 of my 10 favorite 2012 beats, including the cool trap-style stuff on their TNGHT EP together and a track for Angel Haze, who killed it like she does with every backdrop she gets. but this one is probably the wildest and i cant stop playing it JUMANJI 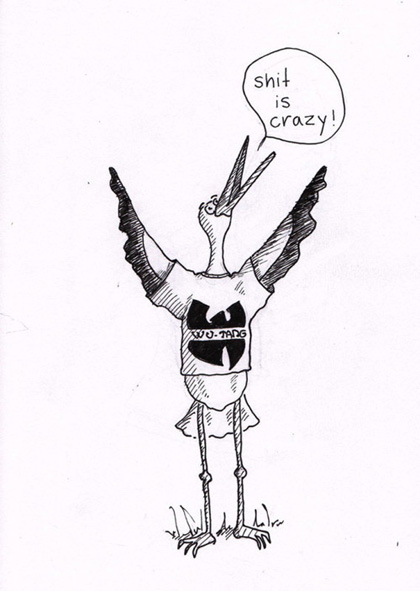