In all those infuriating lists that music magazines write when they can't come up with a better reason to put The Beatles on the cover again, there are always a handful of bands that the general public isn't expected to know. "They didn't sell many records at the time," the writer will say, stroking his original vinyl copy of the album in question," but they were extremely Important." With some of these bands, it's because they influenced or created entire genres, and made enduring records that everyone should own. In other cases, they were outdated the instant they influenced anyone, and can safely be ignored. Let's take a look at a few of these bands, and ask the critical question: were they Important ... or Good? 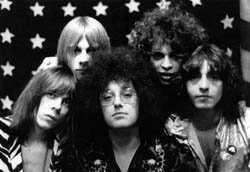 This Detroit hard rock band was unfairly credited with influencing punk, because they played power chords and half-talked-half-yelled instead of having vocal melodies. Anyone who saw the lead singer's hair, a sickening fuzzball of a white afro, can see them in retrospect for what they truly were: They weren't proto-punk, they were classic rock without a studio to record in. It was only in the wake of punk that desperate music journalists tried to find someone, anyone, that acted the same way as new punk musicians, and MC5 fit the bill: they were too busy mumbling political rallying cries and getting laid to write a good hook. They're confused with good punk music for the same reason your aunt says that her [x]-year old could create modern art. Verdict: Important.

In the four decades since the Velvet Underground's last studio album, tons of bands have been described as sounding something like them, despite how their own albums sound nothing like one another, and that the supposed VU-esque bands only took the vague idea of having guitars and an uncaring vocalist. What I'm coming around to is that we need to realize The Strokes were never very good and still listening to them is completely inexcusable. The Velvet Underground never stuck to any specific aesthetic for more than 40 minutes at a time, so any band that tries to make a career out of slavishly and repeatedly copying one of their albums inevitably misses a large part of what made them great. Verdict: Good.

An early electronic project where some autistic Germans did an impression of pop music. Somehow, a few of their singles sold reasonably well, though they sound like someone reading the lyrics to a song they've never heard off a karaoke prompter. Kraftwerk is only a useful artist if you're desperately in need of a namedrop and can't remember what Gary Numan's band was called, or you've travelled back in time to 1982 and need to make a classic hip-hop song. Verdict: Important.

Possibly the least-influential rap group of all time. Their beats used a complex barrage of random crowd noise, funk breaks, vocal clips, and samples of the song they are making (I don't know how this happens). Other rap producers heard the classic Fear of a Black Planet and immediately vowed never to make any music that sounded anything like it, as a gentleman's agreement not to make inferior versions that would give people any reason to dislike Public Enemy. Chuck D also said that gay men were trying to give him AIDS or something, and that never really became a popular idea, either. Verdict: Good.

While I'm sure their strategy of "three chords and a cool album cover" was revolutionary in 1976/77, the Ramones, Sex Pistols and their equally mediocre counterparts have become The Only Punk That Matters to writers at Spin and similar backward-looking magazines published at retirement communities. Listening to punk released after 1977, while unthinkable to writers who only acknowledge counterculture albums after they go platinum, is a much better use of everyone's time. The good news here is that, after the Sex Pistols broke up, John Lydon moved on from being an asshole vocalist on a generic rock album to being an asshole vocalist on bizarre dub-inspired screechy albums that were unbelievably cool. Verdict: Important. 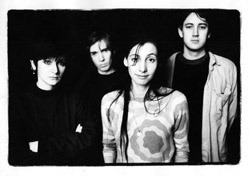 There were some musicians who heard the same My Bloody Valentine as I did and immediately formed bands that combined strong melodies with feedback and distortion that creates earthquakes in front of whatever amp they're plugged into. To them, I give my sincerest thanks for making sure that guitars that sound like explosions don't go out of style. There were other bands in the mid-'90s, though, that listened to Loveless and interpreted it as permission to mumble a melody, bury it in the background of a track with some go-nowhere "dreamy" guitar and the pitter-patter of percussion that sounds like rabbits frolicking, and await praise for their shoegaze innovations. The fact that some artists were influenced to go kinder and gentler by MBV baffles me. Verdict: Good, but don't get any stupid ideas.

Please ignore any critical list featuring this band. This was a mid-'90s They Might Be Giants side project, and reviewers like to keep mentioning them to show they are "in" on the joke.

Jesse "kingcobweb" Mason mostly Tweets about Magic The Gathering, his NBA fantasy team, and stuff like that.