Daryl "Fucking" Hall, whose bold live rendition of the 33-year-old "Sara Smile" earned him a nomination for "Best Pop Performance by a Duo or Group with Vocals," helps me handicap the Grammy categories that really matter.

GD: I don't understand how Splitting Adam got nominated. I mean, maybe the guy on the cover is Adam, and the words "split" his face in half, which I guess is mildly clever, if you're really lame, but... Oh. Holy shit. Never mind. 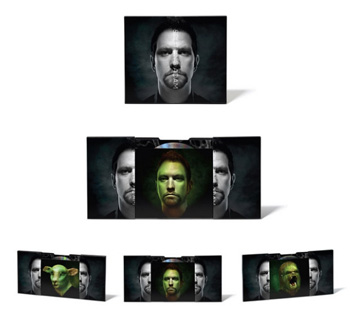 GD: Human-to-animal morphing technology: Not just for furry Web sites anymore! Look at this picture of the band, though, it's like none of them completely morphed back to human. Dude in the back, what animal would he turn into?

DFH: Some sort of bear. No, wait. Bears are sort of aggressive. What kind of animal is fat and plays bass in a miserable fucking rock band?

GD: That guy from Chickenfoot.

DFH: The packaging Grammy is the best because it's literally the product of doing anything novel, and it has nothing to do with commercial success.

GD: Yeah, I like Splitting Adam's strategy: Our music is boring as shit, we're not even signed to a label, but let's go completely fucking insane with our packaging, there's no way we can get shut out of that category. It's much more successful than their attempt to create a profound band name: "The name Splitting Adam comes from the discussion surrounding human creation: The theory of evolution versus a literal biblical interpretation." Nice try, but everyone -- especially the bland-rock dregs they're targeting -- will just think "Breaking Benjamin."

DFH: The Neko Case cover, it can't have gotten nominated just for that. It must be, like, a pop-up book or something.

GD: It's like what Whitesnake album art might have looked like if they'd actually empowered the girl in their videos to sing and write their songs, instead of that Coverdale chick. 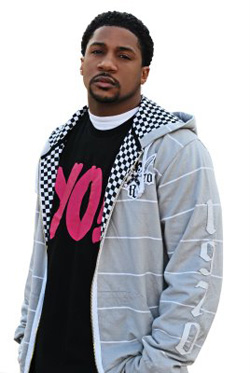 GD: Scandal in the Gospel Rap world! But while I found that vague apology for a "moral indiscretion in my personal life," I couldn't track down what the T.R.U.T.H. acronym stands for. Troubled Rapper Undresses Teen Hotties?

DFH: True Repentance Uplifts the Heart. I have no idea if that's actually it, but I did go to Catholic school for ten years, so I feel like it probably is. If it wasn't before, it fits now. Ironically, in the video on his site, it seems the reason the teenage boy needs Jesus is to help him stop looking at pornography on his MacBook.

GD: "Hey, Da T.R.U.T.H.," what do you want to wear in the picture next to your solemn apology for your sordid misdeeds?" "I was thinking of this shirt that says "YO!" in hot pink."

DFH: That shows his devotion to both the Lord and Lord Finesse.

GD: He says he's "taking a sabbatical from music ministry," so will he show up to the awards ceremony? This is the kind of question people would be asking if they knew anything about this category, and also if it were actually presented in front of an audience on Grammys night instead of, like, this afternoon in a parking lot.

GD: The only listenable act in this category goes by "John Wells: The Tonic."

DFH: I dunno, man, I am enjoying this DECYFER DOWN song. 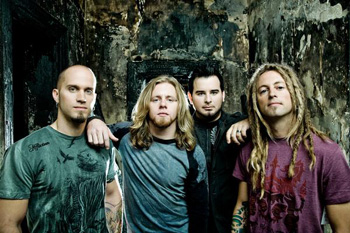 GD: The Decyfer Down singer talks about how he randomly found "decipher" in the dictionary and had this big epiphany. I like how he then must have thought "that's almost perfect, now let me fuck up the spelling somehow! How about Decifer Down?" "Too close to Lucifer, bro."

DFH: It's totally meta, man. Like, you've gotta decipher their own name. It just shows you their shit is gonna be deep.

GD: You need a little decoder ring known as THE BIBLE. Personally, though, I think they should have incorporated more rap into their sound. "Step into Da Cipher Down."

DFH: The only Google result for "decipher down" that wasn't the band is "Decipher Down-There Discharge: How to tell the difference between vaginal secretions and infection."

GD: I'm voting "vaginal secretion" on these guys, they seem pretty harmless. Now this Third Day song... I thought this category called for "rock or rap," not "generic pop-country played by a goatee collection."

GD: The keyboardist is literally the same fauxhawk/glasses/goatee guy from Decyfer Down.

DFH: There are probably only about four dozen Christian musicians in the world at this point.

GD: The band "Red" seems unremarkable, even by Christian rock standards, but some guy named "AllMyFriendsAreGay" is sticking up for them.

DFH: A lot of non-religious people seem to be sticking up for them. Boring-as-fuck music opinions know no bounds.

GD: Apparently they got razzed while on tour with Breaking Benjamin because they drink Red Bull instead of beer.

DFH: It must suck to be called pussies by the dudes from Breaking Benjamin.

GD: Would it be better to be called pussies by Splitting Adam?

GD: I don't think Red's members can turn into animals.

DFH: If Splitting Adam are Animorphs, then Red are the guys from the Left Behind series. The lead singer is Kirk Cameron.