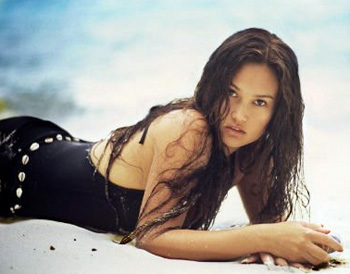 GD: Tia Carrere won last year, and she already used a Wayne's World reference ("not worthy") in her speech.

DFH: Surprisingly, there were people there to applaud politely for music they've never heard. Also, I guess if you want to win a Grammy, pair up with Daniel Ho.

GD: If she uses another quote from a movie she was in, I hope she goes with "you have the biggest dick I've ever seen on a man" from Showdown in Little Tokyo.

DFH: That guy is probably so fucking smug. Daniel Ho, I mean.

GD: What do you think he does with all those Grammys? "Oh, hey guys, just throw your coat on there." *Grammy coathanger.*

DFH: Maybe he uses them as name cards for dinner parties. "You'll see a card attached to one of my five Grammys with your name on it. That's your seat, the seat in front of the Grammy with your name on one side and my name on the other side. Because I won it, not because it's my seat. It is actually my seat, though. I own it. Like I own those Grammys."

GD: I bet the pre-telecast awards actually comprise a stunning display of cultural diversity, with performances spanning the global spectrum, and then the actual show starts and it's Bon Jovi.

DFH: Listen, this is goddamn America.

GD: That's what Buck Howdy will be saying loudly during the pre-show.

"But Buck, Hawaii is part of America."

DFH: "I'm gonna have to disagree with you there, friend. Let me tell you a story about the little girl and the terrifying horrible Green Anole." 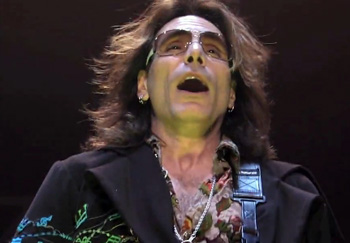 GD: If a bluesy song by the category's relative youngster Brad Paisley defeats Steve Vai, it will be like the end of Crossroads. Still, though, a 65-year-old man covering the Beatles, can anybody beat that with Grammys voters?

DFH: Jeff Beck has given me a newfound appreciation for the Beatles. Because as shitty as Paul McCartney is, at least he never played bass like the person in Beck's band.

GD: With Brian Setzer, does his Stray Cats work allow him to break even despite his participation in the your-parents-take-swing-classes-and-say-the-phrase-Cherry-Poppin'-Daddies era?

DFH: We can never forgive Setzer for his role in the Zoot Suit Riots of 1999.

GD: Do you think any Grammy voters think of Setzer as "iffy" because of his wild tattoos?

DFH: I imagine there are a lot of Grammy voters with tattoos from the war. And since Setzer looks like he's about 60, he might remind them of their friend who was a loose cannon and ended up getting shot. If anything, it might score him pity votes.

DFH: Bomb this town, bomb it inside out.

GD: I thought Brad Paisley was one of those country dudes married to somebody really famous, but actually he's just married to the co-star of According to Jim.

DFH: That's still a pretty good score for a dude with the last name "flowerprint."

GD: Oh, classic Wikipedia quote describing Steve Vai's "Playing Style": "In fact, they are sometimes terribly close to off tempo, as if falling down a flight of stairs but landing on your feet."

GD: No similes in my encyclopedias, no beatbox with my banjo, fuck my childhood.

GD: If Steve Vai wins, he'll have someone standing behind him with a fan to ensure his hair blows like so when he accepts.

DFH: His acceptance speech will be him saying unrelated words as fast as he can.

GD: Then, while leaving the stage, he'll fall down the stairs and land on his feet.