What Will Be Music's Next Great Gimmick?

The Talk Box. Heavy drops. Multiple drum sets playing the same thing. Chainsaw guitars. Brian Setzer. The next gimmick is always just around the corner in the music industry, waiting for its all-too-brief moment in the spotlight. Which novelties will rise to prominence in the coming years? I claim no knowledge of the future, but as a fan of gimmicks and an observer of musical trends, I have a few educated guesses.

Songwriters will soon embrace a new technique that will replace the antiquated notion of traditional chord structures. 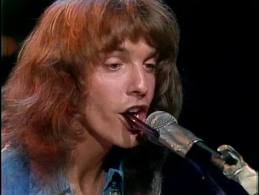 The chordless chord progression will be rather simple. A guitarist or bassist will clasp down on every string across a single fret at one end of their instrument. Strumming at least once on every subsequent fret, the musician will keep his or her hand clasped against all the strings, sliding down the neck of the guitar or bass until reaching the opposite end of the instrument.

Still strumming, still holding down all of the strings, the process will reverse until the hand on the neck of the guitar returns to its original spot on the first fret.

For maximum effect, this chordless chord progression will persist throughout the entire song without varying, accompanied by vocals that follow the exact same tonal pattern.

Mashups were a successful gimmick in their own right, but over a few short years they have faded into the background. What will step into the Girl Talk-sized wound in the music landscape?

Covers of mashups that remove every element but one of the sampled songs!

By stripping things down to the barest of essentials, these covers will provide us with a unique look at the talent and soul of each mashup artist.

Animal videos have always been insanely popular on the internet. The appeal of cute animals is the one constant that has yet to be shaken. What if the music industry could harness this potential? What if the classic keyboard cat was, in fact, a keyboard?

iPads with synthesizer programs will be strapped to pugs' backs. Harp strings will be wound between an elephant's tusks. A sloth will have a microphone surgically implanted near his heart to serve as a drum beat, the tempo changed with a tweak of his nipples.

This will be massively successful until, predictably, a tragedy occurs. The sole human in a premiere animal band will die of a drug overdose. Innocence will be lost. The dream will be over.

When you want to lend an air of permanence to a song or you just have absolutely no idea how to write an ending, fading out is the way to go.

Going one rather large step further, songs with extended fade outs will start at full volume for a single note, then immediately begin lowering in volume until the end of the track.

Most songs with extended fade outs will lower in volume gradually, quieting the song at a set rate. A few experimental artists will immediately lower the volume to 10%, then drop one percent of volume roughly every 18 seconds. 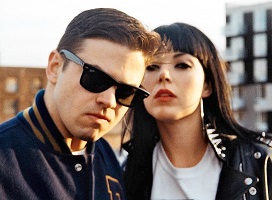 An artist will incorporate a music or fashion element that is considered dated or laughable, in sharp contrast to their own coolness. Not exactly a new concept, right? Well this time the performer will employ this irony in an ironic manner.

In a live show or music video, the ironic element will be punctuated by a disgusted facial expression that says, "AREN'T I BEING SOOO IRONIC? UGH."

Most bands are all-male. All-female bands are seen as something of a curiosity, even if they have been around for a long time and have a better batting average (including the greatest band of all time, Sleater-Kinney).

People who love bands comprised of people with similar traits will flip their shit when the all-Steve bands become a big thing. That's right. Multiple people named Steve, all playing music together. It's going to be crazy.

There will be four all-Steve bands on the Billboard charts during the first month of Stevemania. When will the gimmick fade out? It won't. The trend will continue until all non-Steves are forced out of the industry.