You know how it is. You have the greatest taste in the world, and no one else's is worth a crap. You're wrong, of course. Just because you listen to an incredibly narrow range of music, bookmarked by 'edgy' cartoon Gorillaz at one end, and infinitely bland middle-of-the-sidewalk wankers Band Of Horses on the other, and you think it's radical to sneak a look at the new Miley Cyrus video when no one else is around, doesn't mean you have good taste: far from it. It means you basically listen to one album, over and over - and that album is by The New Pornographers. Ugh. Your life is officially over before it's started, you borderline hirsute, sweater-wearing dweeb.

End of year lists suck, we all know that. So ridiculously influential and trendy radio station NPR has decided to go one better, and get its Listeners' Top 50 in halfway through the year, thereby getting the jump on Pitchfork - whose end-of-year list from 2009, 2008 AND 2005 the following alarmingly resembles. (Although Pitchfork would throw in at least a couple of mainstream pop acts and an urban artist just to show how open-minded they are.) According to the top of its Web site, NPR plays "rock/pop/folk," classical, "jazz & blues," "hip-hop/R&B," and world. Not according to their listeners, they don't ...

Here are the Top 20 entries, with extended notes. 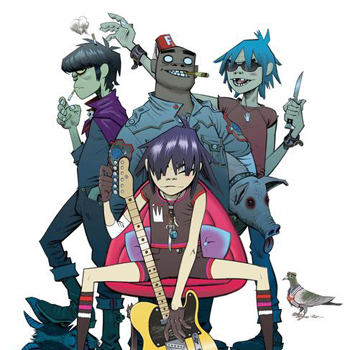 I am a sophisticated music connoisseur and as such this is my most-listened-to band.

1. Gorillaz: Plastic Beach
My son listens to Gorillaz. He has a good time listening to Gorillaz. He likes to shoot a few dance moves, talk about what the cartoon characters get up to, and make the scary chuckling noise when we least expect it. My son is five years old. I'm not saying you should be embarrassed of sharing your taste with him - he also loves The Specials, Mary Poppins and Ben 10 - and I'm not saying that Gorillaz haven't uncovered a brand-new 'mature' (i.e. downbeat) sound on their new album, but just when were you thinking of growing up?

2. The National: High Violet
Listen up. You want to go listen to U2? Go listen to damn U2! I don't give a fuck. As I wrote about Editors - and it doesn't take much squinting in bad light with a shitty Woolworth's bag placed over your mouth to imagine that The National and Editors are the exact same band - "Singer Tom Smith sings like a man whose every word is laden with portent, or Echo And The Bunnymen singer Ian McCulloch given a severe humour bypass. Echo And The Bunnymen, then." This kind of thing wasn't big or clever when it was first done 30 years ago by a sub-even Goth band called Bauhaus, and it sure ain't big or clever now.

4. Broken Bells: Broken Bells
Bangs wept. Some dude from The Shins makes a record with the dude from Danger Mouse: Well, this isn't going to be offending any of your teachers any day soon, is it - unless they (rightly) object to it on purely aesthetic grounds. Even Pitchfork only gave this a 7.2, which in Pitchfork terms is like a giant pair of buttocks rising to a great height, squeezing hard and letting loose with a bovine bowel movement all over the entire recorded works of Mssrs Shin and Mouse. It's like Gorillaz, minus the funk. No, really. That good.

5. LCD Soundsystem: This Is Happening
The mid-'70s were only cool to people who weren't born then. Sure, that slide guitar sounded nice when Bowie or Iggy or whoever first used it 35 years back. At least their voices had some sort of presence ... 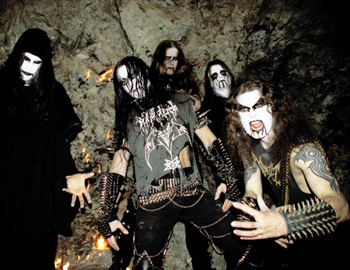 Beach House has a song called 'Norway,' here is a Norway-related photo.


7. Beach House: Teen Dream
"The skipping Beach Boys CD-meets-The Lion King soundtrack generation," as Ruban Nielson of ace Kiwi band The Mint Chicks once put it, continues unabated. Beach House makes Animal Collective sound like they've got character. Beach House has been compared to Mazzy Star and Galaxie 500, but didn't those bands have singers and some semblance of emotion? Rule Number 305 of Music Criticism: You can only refer to music as "slow-burning" if someone remembered to light the fuse in the first place.

8. Mumford and Sons: Sigh No More
So bands are taking their inspiration from Fleet Foxes now, are they? The hippies have truly taken over the asylum.

9. Spoon: Transference
I once got called a spoon in a review of my band's music. It was considered an insult back then. This Spoon album would sound just fine - edgy, tight, circular, crushing, repetitive, a little like Arctic Monkeys without the dollar signs in their eyes - if it didn't sound almost exactly like every Spoon album before it, from 2002's Kill The Moonlight to 2007's Ga Ga Ga Ga Ga. Still. At least it doesn't sound too much like the dreaded A. Collective (although, of course, it sounds way more like that than Nina Simone or Segun Bucknor or Ice Cube, say).