GameCube Christmas Was My Best Christmas

Since this update falls on the 25th I'm treating myself to a short self-indulgent article about my favorite Christmas gift. 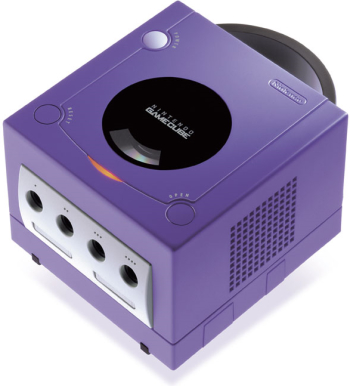 The Nintendo GameCube. Best-looking console ever made. Like my pale and fragile body, every inch of its design screamed, "I was made to play video games!"

Unlike my body, the GameCube was tough. This thing was the Tonka truck of consoles. It had a handle, after all, so it was meant to be carried around, swung overhead into low flying planes, and spun around then launched into the heavens like an Olympic hammer throw.

The GameCube played tiny novelty-sized discs, and it made a rad THUNK-CLICK when the lid closed. Even the power button was a marvel of chunky engineering with a satisfying sound of its own.

I could have marveled at the hardware all day, but I was fortunate enough to also get a game: 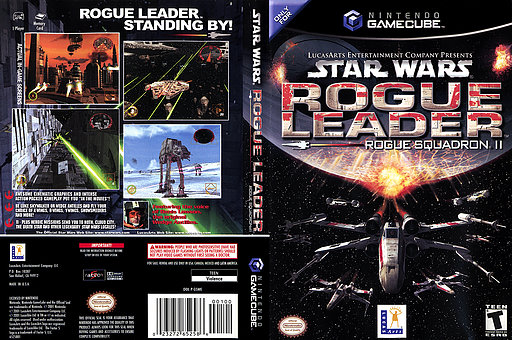 In 2001 we had only gone through one or two cycles of Star Wars backlash and anti-backlash. Pulling off a Death Star trench run or tripping up an AT-AT on Hoth was still novel. It didn't hurt that this game looked goddamn amazing, ran smoothly, and had all the movies' beeps and boops.

To be honest, I never actually beat the game. I couldn't even save on Christmas because I didn't have a memory card.

So the next day I took all the cash from my Christmas cards (along with most of my own savings) and got:

We can all agree things are much better now that we don't need to buy overpriced memory cards. But honestly, I... kind of miss them? Like the Dreamcast VMU, the GameCube memory card was a chunky block of plastic that just plain felt good to slap into the console. GIVE ME MORE CHUNKS.

The SNES might have been the greatest console ever made and the PS2 might have had a more stacked library, but the GameCube is my all-around favorite. And I first got my hands on it eighteen years (HOW?) ago today.

If you celebrate a holiday, I hope it's every bit as life-affirming as my GameCube Christmas. In fact I hope it's literally the same. I hope you get a brand new GameCube and a Star Wars and no memory card.