It might seem unsurprising that CD buyers, stubborn consumers of an outdated product, would support a pop-hits-collection franchise long removed from whatever cassingle-consolidating purpose it ever served. Still, I was astonished to see NOW That's What I Call Music #30 top the charts recently. Intrigued, I discovered that this series' fans, while they might be Luddites in their record-buying preferences, boast a vast and vocal Internet presence. People grade every track on 1-100 scales, they suggest singles for future NOW installments, and they express constant incredulity regarding the generous nature of the compilation format. ("The greatest hits from the singers you crave -- all on one CD?!? NOW is more like WOW!") I culled these testimonials to offer insights into what these NOW stalwarts call music, and why. 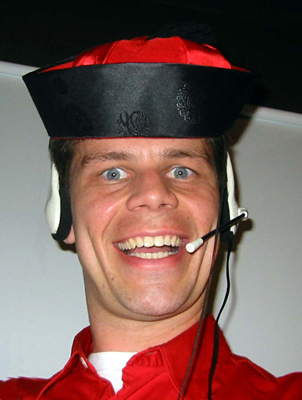 I'll level with you dudes, it might look like I'm wearing my drive-thru headset, but I'm actually grooving to the tunes from NOW 30! I hope old man Farnsworth doesn't find out I'm jamming to Nickelback instead of listening to some pansy ask if we have any "low-sodium options." You want options, buddy? NOW is good for all different kinds of mood, like happy, dance, sad, high-energy, ballad. Instead of just one artist, it has several. You can experience music the way it should be -- a variety of sounds!

You'll always have some people who aren't musically tolerant, and that's just sad. I'll listen to anything, but I count on NOW to narrow it down or else I'd really never get anything done, LOL! With NOW, you know every song is going to satisfy, because they're already hits. The people have spoken, and they've spoken ROCK! Or rap, or country, or whatever; it's all cool with me, man. I just love music. Some people ask me, "dude, don't you ever take a break from those headphones?" This is what I always tell them: "I'll listen to silence when I'm dead. Until then, turn it up!" 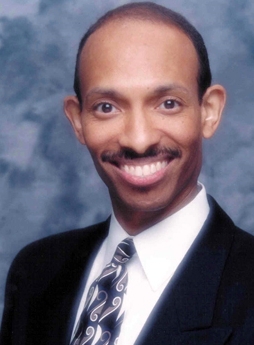 In these tough economic times, there's no better way to sample the best pop tunes without racking up huge bills. These are solid, proven songs. This is the perfect collection for busy people who don't have time to sort through all that adventurously eclectic stuff on the radio these days to find their favorites. NOW is totally worth my - and your - money. This CD gets right to the matter: No fraud, no filler. I can see why commercial radio is struggling financially, because who needs it anymore, now that NOW exists to chronicle its most essential songs every few months. NOW is the future, the future of everything.

I used to be stumped about buying music gifts for my friends and family, but this SOLVED MY PROBLEM! NOW has something for all tastes, so I simply give a copy of #30 to everyone on my list. People used to purchase entire CDs just to hear one of these chart-topping hits, so by my calculations, if someone likes more than half of these tracks, that's all surplus! This collection towers 110 percent above all its competitors. I advise that you invest in NOW. 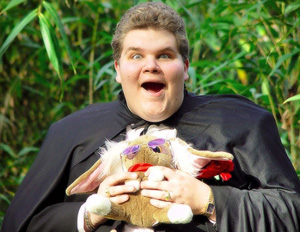 As an avid collector, I appreciate the serial nature of the NOW series. I've amassed all 72 installments of the original U.K. series, as well as the offshoots from many lands. I imagine you'll be focusing exclusively on the U.S. releases, yes? Well then, take a look at how the cover artwork has evolved to incorporate seasonal motifs, with the summer volumes involving aquatic tones and beach paraphernalia, and the winter chapters - each one a unique snowflake! - using Christmas color schemes. Occasionally, the creators will delve into graphic territory I find riveting as a video-game connoisseur, such as the radioactive boiler-room setting of #12, or the futuristic cityscape from #27, or the classic robotic, spaceship-interior aesthetic of #3.

What's your favorite NOW installment from a musical standpoint?

I haven't heard them, because they all remain shrink-wrapped in their original packaging to retain their value. Sure, the individual albums aren't necessarily "rare," but an entire collection - well, the worth of that is unprecedented! This is the history of pop preserved on silver platters! This is a time capsule broken into thirty fascinating fragments!

As a DJ, I've found you can have killer parties just by throwing your NOW discs on shuffle. It's like the pulse of current music, which turns out to be a catchy beat with rap flava! The tunes are mostly upbeat, with a few slow jams for the lovers. And it's great that they remove the cussing, because a lot of my gigs are grade-school dances. One thing's for sure: People of all ages are familiar enough with these songs to have some good sing-along fun! 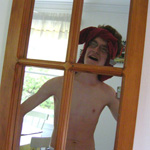 Unless you've been living under a rock, which, who does that, right? Fucking rock! Let it rock! Anyhoo, what was I - oh yeah, so unless you're like a worm or whatever, you've heard of the people on NOW 30, big fucking stars like Miranda Cosgrove and Kevin Rudolf. I just read those names off the cover, I don't know who the fuck they are, but I fooled you, didn't I? That's what NOW is good for, man, it's like the Cliff's Notes for modern music. I spend a lot of time in my room doing important shit - no, don't touch that, touch nothing! - so I don't really know what the "cool kids" listen to, but NOW helps me fit in with those people, in case I need to, for like some strategic undercover reason.

Have you ever liked a song that you never thought you would like? NOW opens the door to new singers you've never heard and lets you expand your music likes. I've always been a classic rocker chick, and I only bought NOW because I've gotta have everything Saving Abel appears on! But this one time instead of skipping to the good part (Saving Abel and Nickelback back-to-back!), I just let the thing play, and I kinda started digging Lady GaGa, Pussycat Dolls, Brittany Spears, all that girly shit. I started dressing sexy like those ladies and going down to the karaoke bar and singing all that shit I learned. People say I'm pretty fucking good, and it won't be long until I get my big break. Thanks, NOW!