In the United States of America Tax Time or All Taxes Day is right around the corner. Every year on April 19th (April 25th on Short August Year) the tax man comes to collect your money that you owe to the government for goods and services rendered to you throughout the year. This is like America's check at the end of the year-long meal. Except it is for the next year's meal you may or may not survive to eat and you never have enough money, but sometimes they give you money back. Look, I get into it more beyond the gray box. 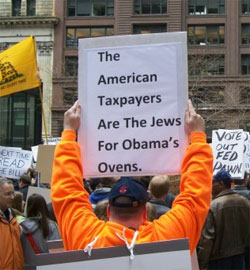 Diverse and reasonable opinions on taxes exist on all sides of the taxation issue.There's an old saying that goes, "There are two things in life everyone hates: death and taxes."

Pretty close, Old Saying, but it turns out we need a little of both sometimes. You can't win a war without death unless you're fighting a Robot Jox war in Jox Arena. More germane to this article, you can't hope to buy a chest chainsaw for your robot for the Jox Arena without taxes. A regular war, like the one we are fighting now in Iraq, costs billions of dollars every second.

We need taxes to buy all of the things we love in America like tanks with three cannons, mayor dogs, autism shots, and bridges. No matter how much you hate taxes they aren't going to go away completely. Some countries have tried not having any taxes and these countries never work out. In the Cayman Islands the government only owned one broom so the streets were never swept and huge piles of dust built up. The country was eventually invaded by people driving dune buggies. 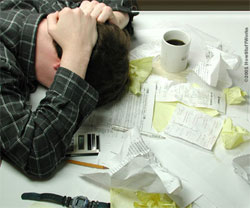 Doing your taxes can take a really long time and you might fall asleep. Better set an alarm on your digital watch and drink lots of coffee.Another example of a country without taxes was the Confederacy. Look how that turned out. For more information on that please see our guide to the American Tax War.

The main tax everybody thinks about when they get mad and punch holes in their drywall or bury a school bus full of machine guns on their compound is The Income Tax or The Main Tax.

This is the main tax that you pay on your income every year. We'll get into that more later, because it's the most important tax that everyone hates.

There are all sorts of taxes. Many you don't even notice as you go about your life. These are called Invisible Taxes, Pest Taxes or Sancho Taxes depending on your political views and the average of your BMI throughout a year.

Let's take a look at some of the smaller taxes the government assess in the United States of America.

There are hundreds of taxes in total. There are obscure special taxes on everything from running too fast down a hill (Yardy's Tax), to building a castle in the likeness of an owl (Owlord's Folly Tax), to just staring too long at a public official (Take a Picture Tax). There are even some secret taxes and a few taxes that are so sexually graphic we can't list them here. Like the tax on buttfucking horses.