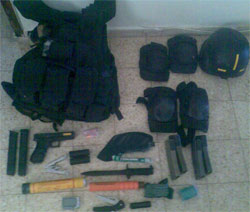 Tax Tip: Plan ahead by packing an "audit bag" for when the IRS or the government comes knocking on your door.You've decided you're fed up with all these taxes and you're sick and tired of paying huge percentages of your income and receiving nothing in return. Should you just not pay? No, don't you remember that old saying that goes, "The one certainty in life is you will die if you don't pay your taxes." The government spends all that money on the Coast Guard for a reason, you know.

Of course you have to pay your taxes...or...do you? It turns out there are a lot of secret ways to avoid paying taxes. These loopholes and tricks or "dodges" are kept in dusty texts and ancient scrolls rarely seen by any but the tax monks and the templars that protect them.

We don't have those secrets, but we've got some other tips and tricks to help you make it through April 19th.

Start by determining your tax bracket and tax percentage. Here are some single filing example brackets for this year.

Remember, you definitely pay the percentage in the top bracket for your income for your entire income, not just the portion that falls into that bracket. If anyone tells you different they are confused.

Once you have determined your tax bracket you can set about never paying taxes within that bracket. 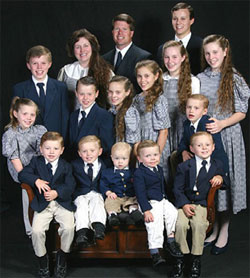 The arrows from your quiverfull will blot out the sun!A favorite technique that increases your tax exemptions by claiming dependents that do not exist. Try 14 or 18 for your dependents and watch those brackets melt away. The best part: if you get audited you can just tell the Internet Revenue Service that your children all died.

It's a good idea to bury an appropriate number of baby skeletons in your yard just to avoid any possible drama during the audit. Oh, and don't file for over 99 children unless you list your race as insectoid.

Visiting foreign citizens do not have to pay income tax in the United States. Renounce your US citizenship and you've got a tax free year! When they inevitably deport you to Mexico you can just use all the money you saved to pay a coyote to smuggle you back into the United States sewn up inside a beef carcass. Once you're here unofficially you don't have to pay any taxes at all and you can use our emergency rooms and libraries and historic civil war battlefields as much as you want according to Lou Dobbs. 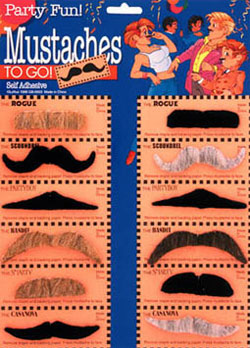 Fake mustaches are a great tool for anyone trying to fool the IRS. I prefer the rogue, but the scoundrel is also a favorite.The old Lazarus routine is an increasingly popular method for evading taxes thanks to improved practical special effects and prosthetics. A squib collar and trip into a glass table in a public place and you'll be buried in no time.

Once entombed you just have to wait out the tax season and then claw your way up out of the grave and claim miraculous resurrection. There still isn't a test to prove whether you died and were reborn or you just weren't dead, so until stem cells or whatever catch up with this scheme you're good to go.

Never Heard of Him

The denial is a risky technique. You simply don't pay your taxes and then wait to be audited. When that happens you claim to have never heard of the person being audited.

Got all that? It's really quite simple.

The important thing to remember is that throwing a bunch of tea into a harbor isn't going to lower your tax burden. Let's be realistic here, folks. That sort of thing only intimidates the British. Americans hate tea. Try driving an SUV full of breast implants and pizzas into the harbor next time.