I CAN'T EVEN COUNTENANTS THIS LUDICROUS SHIT ABOUT ABORTIONS

Why is everyone bagging on chicks? Just let a bitch decide for herself what she wants to do with her pussy. Fuuuuck.Man I don't want to write this article but I feel like I gotta. I don't like to get into political shit. That's not what I'm about anymore. My swagger coach says I got to focus on being the best Levi I can be. The Levi I am looking for. So I have been trying to focus on my core competencies of drinking, making girls walk funny, shooting off guns and fireworks illegally, and wrecking motor vehicles. No time for politics.

Until all this hepped up balderdaps about rape. Apparently some guy said rape is legitimate and that a woman who is raped can't have an abortion. And then Paul Ryan cosigned a lease with his guy and Rachel Maddow said something, I'm not sure what because I was watching TV from the john and listening to a UFC podcast, but I bet it was bad. Now some people may wonder about my positions on the issues.

Basically I'm a fiscal hawk. I think we should spend more money on things like 4x4s and grenade launchers and maybe get a gundam or something up here. Do some universal soldier shit and totally fuck up china like van damme busts through beijing at the bird's nest and they shoot him a hundred times and he's just like fuck it dude I am already dead and kicks their heads off all WHAT NOW BITCHES?

That is some important shit, defending the homeland, but all these bailouts are gay as hell. No offense to gays. We need to cut the deficit and get rid of some fingerpainting classes and a lamaz class or something. Fucking dump museums who needs that shit? I live in the now. You can't dwell on that shit like "oh man I wish I could read the consitution" or "bloooop wish I was a dinosaur" fuck that, you got to be the dinosaur in the now. 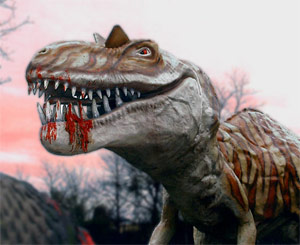 We get it dino dude you are old as fuck and you got fucked up by some comets or something. We've got to move on.Be the dinosaur you are looking for.

So on that shit I am down with Mitch Romney. He may be a fucked up lemonade drinker sitting on his porch with twenty identical sons that lift up out of ann romney every two years on a car elevator, but he knows about money. Dude worked in the Private Sector. Do you have any idea how many people are able to do that? And Paul Ryan is cool too. He wants to get rid of medicare and I'm all whatever you want dude get rid of that shit old people are living too long anyway.

Did you know my great grandma is still alive? She's like 98 and all she does is sit there with an oxygen tank watching TV and if you ask her something she just says "oh, sure, hon" which is pretty awesome when you're like "Yo, grangran, you want to get your turdcutter stretched by this snake until you renounce the bible and worship a black anaconda god?" but I mean how many times can you impress dates with that? I think it's her time. In fact, I asked her if she was set to fucking die already and she was all, "oh, sure, hon" so pull the plug motherfuckers.