I'm basically dead or I came back like a zombie all because I used some doses of avantia similar to what it says on the box to do.Yo, what up, Internet, how you stinkin'?

Yesterday I was clipping butt cigars and the only thing in the dumper was a copy of Hustler so crusty and old that I could recite the video game reviews to you from memory. "Quake 4 is the latest in the controversial Doom series of games from I.D. games. With improved graphics and sound effects, a pulse-pounding soundtrack, and new enemies - The Stroggs - it is sure to make you wear out your joystick. Four penises."

I couldn't read that shit again and then I noticed the newspaper from yesterday was in the trash can next to my Axe empties and, what do you know, the big headline next to the bear that broke into a church and ate all the hot dogs in the youth center was that Galaxo Smith Kliens who makes a bunch of drugs just got sued for $3 billion frigging dollars.

I think this shit is for diabetes and that is like the disease you get from eating too much food and you die like the fat guy in Se7en. I just realized the number 7 is a sideways V. Wicked title.Now the funny thing is I have been seeing all these commercials about Avandia and how you should call to get in on this shit, but I keep forgetting to call the number. It's this diabetes drug Galactic Smiths makes but when you crush it up and snort it the shit will give you this fake mellow high. It seems real relaxing and calm and you just sort of chill out but then like ten hours later you wake up in a tree with a giant stretched out stomach and a gnawed-up deer head in your hands.

It's basically the best. Street name is hatefade but me and bodie and tucker called it black lodge and would set up this taxidermied owl to trip us out after we snorted. Point is, I had three heart attacks while taking this shit.

According to the ER doctor at Mat-Su Regional my heart stopped for nineteen minutes and I must have come back over the black rainbow but what the fuck all I remember was something about a harley and I think god might have been there but he looked like peter fonda in easy rider and he started rapping with Tupac. 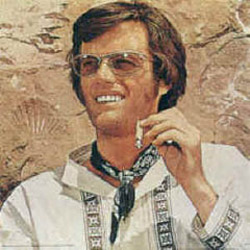 PF spits heat like a flamethrower but ghost tupac is on a whole other level the makaveli didn't die he ascended.I am seriously fucked by all these heart attacks. They caused crazy brain damage to where I can talk fine and type fine but if I try to write anything down with a pen my hand just starts writing these fake words and drawing weird perfect spirals and PIPER PIPER PIPER over and over. Fuck that noise. I hate spirals and circles and shit unless I am doing donuts in a lot. And Piper? Last I heard on bristol's lame ass TV show Piper was going to some place called lake Vostok for "the awakening" which I think is a christian revival bullshit so whatever.

My uncle Shetland tried to sue the makers of cocaine over his heart attack and for the time his nose fell off but it turns out Columbia House doesn't make drugs they make 25 dollar Soul Asylum CDs. Which is why I need to get a high priced lawyer to write out some shit that sounds courtly.

"Ye men of honor, sir levi johnston hath enjoindered to get a fucked up heart by your pills snorting up his nose and also ingesting a little bit into his eye and he might have done a bullet up the butt but he can't prove that one he was pretty fucked up already, so basically, good sir of courts, Avendian is a BS drug from some fag galactic company (no offense to gays) that needs to get its shit straight and pay up or Levi Johnston will drive into their fancy office building and because he is crazy from heart attacks he will go room to room like Terminator police station style wasting everybody. Kapeeshh?"

Meanwhile in court news this supreme court I guess turned Obamacare into a tax. Big surprise there, because two things are certain: taxes and 2012 doomsday. Mrs. Palin took time off from slowly turning into an easter island head wearing lipstick to make a tweet about that shit:

I don't know much about Obamacare except it let my mom put me back on the insurance she gets pretending to work at Aldis (her friend clocks her in and out) so that I could finally get the shell that richocheted off a propane cylinder dug out of my thigh. Apparently it was "less than an inch away" from my femoral artery and I told Tucker not to put that shit up on the oil drum and to let me use the Norinco instead of his stupid canoe gun for shooting ducks. Stupid propane thing didn't even blow up and I spent three months putting foot cream on that wound trying to get it to stop being black.

What I am saying is Obamacare worked for me as long as I don't have to pay taxes to Aldi.

That would be freedom-killing this job opportunity creator.