Tuesday, Aug 02, 2005 by Rich "Lowtax" Kyanka (@TwitterHasBannedAllMyAccountsEver)
I love Battlefield 2. It's definitely one of the more entertaining games I've played this year, offering a tremendous mix of teamwork and impressve graphics. However, the game comes with a steep learning curve, requiring many hours of experience and playtime to adeptly master. Most people simply can't afford to dedicate a lot of their life to such a project, so I have created this tremendously helpful online guide to help new players, or "newbies" as us grizzled Internet veterens call them. If you see me playing on your server, under the name "Lowtaxico," feel free to let me know what an intelligent and helpful person I am! 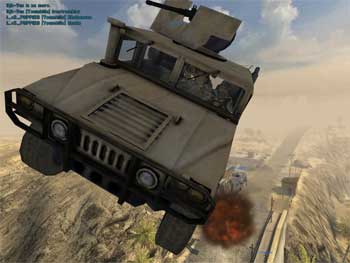 Mine Entire Areas! - As an engineer, it's your primary job to make sure every human being on the planet steps on your land mines. The best and easiest way to accomplish this is by placing them all over every entrance and exit surrounding your flag. The professional BF2 engineer will be so adept at laying mines that not a single molecule of digital oxygen will be able to escape from your base. Watch in sheer joy and satisfaction as your teammates curse at you in jealousy, damning your incredible skill at laying so many mines that nobody can leave your base! Place mines on friendly vehicles, preferably as they're driven! Dump mines all over spawn points! Unload them on helicopter landing pads and jet runways! Shove them up your ass and shit them all over the faces of those who have wronged you! A well placed land mine could tip the scales of electronic warfare in your favor, making you a digital hero to all your teammates afraid to move any direction at all. This is the ultimate form of defense and security.

Revive Fallen Teammates In the Middle of Firefights! - Medics are equipped with the awesome power of revival, resuscitating teammates from the dead. As many BF2 games have proven, the primary cause of death is by being killed, so hang out in an area where a bunch of people are being shot by opposing troops. Then, while gunfire constantly erupts around you from the surrounding enemy team, sweep in like an angel of mercy and revive as many comrades as possible! It doesn't matter if there's absolutely no chance of anybody escaping the firefight alive once you awaken them to the land of the living, the whole goal is to simply revive them! After that, they're on their own; it's not like it's your job to keep them from dying! If you're feeling particularly generous, maybe you can scatter some medikits all over the ground so when they instantly die, their corpses can kind of pose with them and it will look cute.

Always Play As a Sniper! - The sniper is singlehandedly the most awesome and useful class in the universe. I mean, they have sniper rifles, for crying out loud! SNIPER RIFLES! Some of the most successful BF2 teams were composed entirely of snipers, sharpshooting enemies from hundreds of meters away and snuffing out souls like a rogue Twinkie lobbed into your damp, subterranean computer lair. Many squad leaders will often request large amounts of snipers to join their team since the core of any useful squad is a sniper ready and willing to sit in one single location for 30 minutes, shooting at tanks and calling for supplies while refusing to move for any reason short of an air strike directly on their head. Never underestimate the monumental contributions a sniper can lend to any squad that really likes crouching in one location for days and missing virtually everything they aim for.

Pilot Transport Helicopters Without Any Passengers! - As everybody knows, flying is a dangerous job, one which only the most trained sniper can accomplish! Do not risk other teammates to the perils of being shot down in a fiery explosion; get in transport choppers and leave your base without anybody on board! The weight of additional passengers will simply slow you down and make you an easier target for anti-aircraft stations and enemy jets, so do your team a favor and fly everywhere solo. After all, transport helicopters weren't created to actually transport anything. They were originally designed as very large and inefficient paperweights. 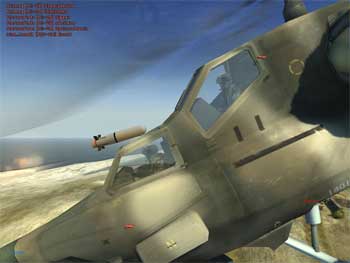 Don't Bother to Practice Flying! - Piloting helicopters and jets are one of those things that are best learned during online games with other players. Don't worry if you've never flown one before, and you lost your BF2 instruction manual, and you have no computer monitor, and instead of hands you have bulbous, sweaty claws that flail out uncontrollably at random objects surrounding you. Just hop on in and hope for the best! If you're really unsure how to fly, like you experience extreme difficulty when attempting to determine which direction is "up" and which direction is "the bathroom," request other teammates to hop in and fly with you. They'll offer tomes of useful advice and will gladly take over the controls after you've flown so badly that you've somehow ended up in a completely different game altogether.

Place Hundreds of Exciting Clan Letters In Your Name! - Clans are awesome, they're like online gangs of tough guys and the token 40-year old suspicious man with a wife and kids who plays solely to escape the harsh and bitter reality of his own failed life. All the good players are in clans! You ain't shit until you've joined a clan and put their magical initials both before and after your name, right after attending a two hour IRC clan meeting regarding the best positions for a sniper on the "Strike at Karkand" map. Ideally, you can put their letters in the middle of your name as well, so if you joined clan "Bad Azz Killaz," and your online name is "Flapjacks," your BF2 name would appear as "-=BaK=- Flap{[BaK]}Jacks //BaK." If only there was some way to insert animated gifs of spinning skulls and tiny explosions into your name... life would be perfect!

Put Screenshots of BF2 Into Your Server Graphic! - If you're lucky enough to run a dedicated BF2 server on your mom's cable modem, you should take advantage of the feature that allows you to place custom images in the server graphic. You can put anything in the slot, but that doesn't necessarily mean you should put anything there. No, this space is dedicated for pictures of BF2 screenshots with floating Photoshopped letters hovering above them like fruit flies over a diseased orchard. Look in your BF2 screenshot directory, which should be hundreds of thousands of megabytes, and select the coolest, most awesome image of guys walking forward with guns. Cut it out, add the name of your server above (something equally awesome like "THE FRAG DOME" or "MEGAKILL 2000 ULTRA DEATH"), and then maybe throw in a few hundred bevels and lens flares. If you're feeling particularly saucy, add a server message explaining how you'll kick anybody if they're not a member of your clan or if they use bad language or if they team kill or if they spawn camp or move without permission or have at least one vowel in their name. Ideally the server graphic image should have a tank in the background, although an attack helicopter is acceptible as well. After all, how would people know they're playing Battlefield 2 if you didn't show them pictures of the game on the server screen?

Play Aggressively As Commander! - The only difference between a commander and non-commander is that big-ass honking star that shows up to represent you on the minimap. If you're lucky enough to be elected as a commander, play as you normally would. After all, this promotion to such a high rank doesn't mean you should act any differently than the 500 other snipers on your team. Get in jeeps and try to capture enemy flags! Rush into firefights and be the hero! Fly jets and bomb enemy camps! Nobody likes or respects a commander who hides and issues orders while organizing squads and devising battle strategies. If somebody votes to kick you from your commanding position, keep in mind the only reason they're doing so is because they've been driven insane with jealousy thanks to your ace leadership and ability to throw hand grenades at passing planes. Punish them for being such sadsack spoilsports by tracking them down and surrounding them with land mines. Not in the game, in real life.