MY BADASS UNDELIVERED SPEECH TO CPACK 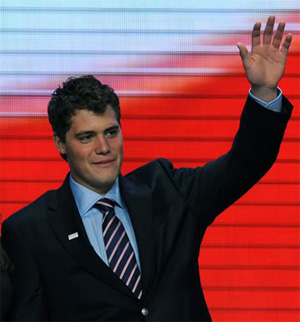 Allow me to take the stage and clear things up for yall.What the hell is up internet homies?

Ramps Primus that little bitch said he was gonna definitely make me a speaker to motivate these douchebags pregame and so I prepped up and wrote a speech. You think I enjoy that? I would rather be watching duck dynasty for the entertainment not trying to take notes and look up history on my phone. Welllll anyways turns out those horndogs just wanted to hear mrs. palin again and listen to donald trump yell about Bill Mars. TOO BAD DIPSHITS. I may have somehow temporarily paralyzed my lower body when I swolled up my spinal cord doing bear hormorne injections on my back, but you could have wheeled me out hannibal lectern style to give my speech. Hello clarice yall have a stupid party what the hell is wrong with you????

So since I wrote something already I don't want to have to write something again for this gay (no offense gays I mean it like "weak and stupid" not "homosexual" all dude respect to your lifestyle) faggot computer column so here is the speech I was supposed to give (imagine me giving it in front of the audience of dudes with whip marks all over their backs): 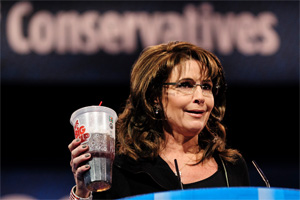 What you dont know is that's not even a big gulp that's just one of the dip cups sitting around the palin house.Thank you ladies and gentlemen I just took a plane from Alaska and boy are my arms tired because they made me fly the plane. As some of you may know Mitch Romney lost and the demogramaphs are all messed up because of the census meaning the old way isn't working anymore. Republicans have got to change and you are looking at the guy who knows how to show you away. You think Rand Paul knows what to do?? That guy puts hair gel on a wig. Ted Cruise? Uh one word scientology. Next. Marco Rubio. Yeah okay Marco Polo like we are electing an Italian as president. Go back to Jersey shore and make a pizza pie, ya fruit.

That leaves Michelle Bachmann. I saw her having a staring contest with a picture of a cobra in a magazine and she was winning. I mean I've heard of seeing Jesus in a piece of toast but she sees him in every piece of toast. Is that who you want trying to convince some fine ass 20 year olds to vote republican? You think some girl named Brooke with a y using her bedazzled iphone to shoot a vine video of her french waxed down south business is going to have time for a lady that looks like an optical illusion of the sphinx? Don't bet on it.

Let me give you the keys to success. 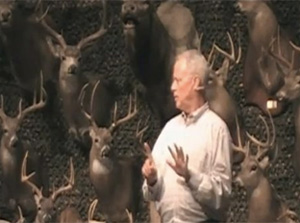 I've seen hotter strip teases from a Ted Nugent remote on Fox and Friends.Number one is you got to legalize oxy. You let anyone buy some ocean cities I mean within reason you don't want babies buying that shit but let's say ages 10 and up. Basically if you can play monopoly you can chop some ox and get tipped on the slowmo snow. There is no reason half the grandmas out there shouldn't be nodding. What do they care? What, they have like grandbabies not to drop on concrete? They don't need to be picking up babies. They can look at them with their cottoned up garfield eyes. Tax that shit. I guarantee you big farms will move more chillout pills than an illegal maid working for Rush Limbaugh in Boca. That shit will fix twelve economies.

Number two is gay marriage. Stop being all pissed off about gay people getting married. Be like Rob Portman he was like "my son was all 'I am down with the D' and I was like yo you know what...more tang for me!" You know they high fived and then he got real serious and was all "never talk about this again and I don't want to meet any of your boyfriends but you can marry him"

All gays want is the same rights everybody else has and if you keep getting in the way of it you all are going to look like that one guy who shows up at the party and is like "no I can't drink anymore because I am suffering from hepatitis related liver disease after you bit me I'll just watch you guys drink" and of course then you are trying to relax and this guy with a big bite mark on his arm just keeps staring at you with those yellow eyes and you get a few in you and your irish is up and you're like "What now motherfucker?? You want to fight?" That's what America is like now to Republicans. They want to kick your asses and throw you in a dumpster with all the ohter garbage that doesn't know how to chill out and have a drink at a party. 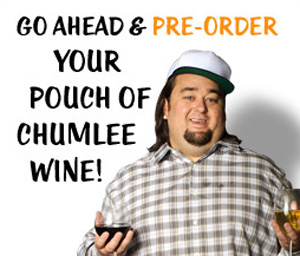 Oh you know I want three.Third, this is a personal thing but I know a lot of people would appreciate it, but please, I am begging you, federalize some stripper laws. This shit is ridiculous. You go to LA and it's like okay you can have boobs out but the nipples have to be covered if you're drinking and then you go to Carso City and it's like "yo here is where my butthole turned into my vagina" and then you fly out to Hartwell Georgia and you're in a giant room with hundreds of deer heads and the stripper is just this old guy talking about science being evil although actually that might have been the dream I had after I drank the frogwater at the San Diego reptile house. Meanwhile you go to Windsor on a booze cruise and there are girls who will straight up give you bone marrow donations. Like these smoking hot chicks talking about doners and moulsons will take bone marrow out of their bodies and put it in your body for like a toonie. Don't even get me started on Tihawanna you can pay a doctor stripper there to write you a prescription for pacino (the good AIDS drugs that give you angels in america visions).

Finally fourthly is Chumlee. I mean it's not rocket science here it's vertical integrantions. You combine the power of Chumlee's celebrity with Republican politics and what do you get? President Chumlee. I have been talking to him about his wine trying to convince him to add an orange flavor and I think I can probably talk him into running for president in 2015 or whenever. You guys just got to promise to go easy on him about his weight. He is sensitive about that shit.

Anyway, you can not listen to me if you want to lose. See how that's working out for you guys.

So that's my speech. Hope you liked it. It could change the world.