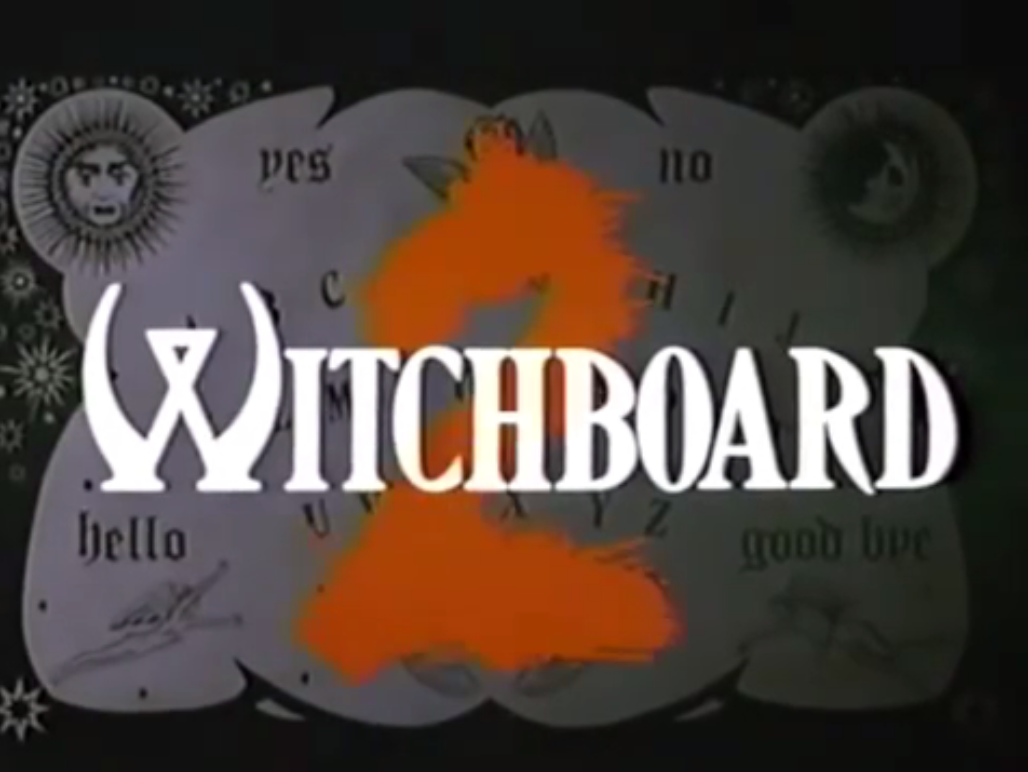 The Case For: The scene which combines all of the fake Hollywood image enhancement wizardry of a CSI episode with the raw excitement of an Excel spreadsheet is easily going to make our top 10 unexpected comedy moments of the year.

The Case Against: Witchboard 2 isn't even remotely scary, unless you're haunted by a tragic spelling bee accident from your youth. Extra demerits for a soundtrack featuring inappropriate laser noises and the musical strains of Fat, Gay Indoor Cat Falls In/On G# Minor (for solo piano). 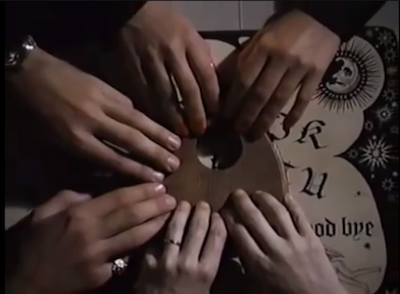 Why the hell would anyone make a goddamn movie about Ouija, much less a horror movie? Can someone explain this phenomenon to us? We can only assume that the assholes who keep coming back to this particular poisoned well and making new Ouija movies have never actually seen any of the other attempts, or they would know what a dead-end idea it is. There are nine of these fucking things just with Ouija in the title, and that list doesn't even include today's trainwreck, Witchboard 2: The Devil's Doorway. Maybe budding horror directors keep watching The Exorcist and decide the formula to success is stealing the least important and interesting part from it?

If it's not blindingly obvious to you why a Ouija-based horror movie is guaranteed to fail, then maybe this video will help:

Notice how stopping all of the action to a grinding halt to watch the bubblehead main character spell out random words one letter at a time isn't really good for the dramatic tension, shockingly. Shit, that video had most of the action in the entire movie, and we bet most of you didn't even make it past the second Hooked on Satan's Phonics scene.

It won't surprise you to learn that Witchboard 2 (alternate subtitle: Board to Death) isn't the least bit scary, despite the director's best attempt at some tepid jumpscares, which mostly tend to cross the line into absurd comedy instead (like the DOOM PHONE from that last video.) With no scares in sight, director Kevin Tenney decided to try to salvage things by ratcheting up the suspense and plot twists instead. Too bad the suspense is driven by a loose collection of pointless mysteries that Encyclopedia Brown wouldn't wipe his ass with. We'd like to hope that most potential audience members are a step ahead of the characters in this one, who need a solid 30 minutes and a consultation with a wise, possibly racist but definitely confusing ancient Jewish Chinese occultist mystic stereotype to figure out that "RIFLE CAPE" is an anagram of "FIREPLACE"[1].

[1] We're not sure how she got right to FIREPLACE and skipped all of the other plausible anagrams for that message, like FECAL RIPE, FARCE PILE, EL RIP FACE, and most obvious of all considering the male characters in this movie, FAIL CREEP.