It's skeleton season and that means it's time for the second (and almost certainly last) annual FYAD skeleton debate! This time Paraone ponders the most essential skeleton question of all. You can ask him about skeletons and even ants on Twitter, though he basically just uses his account to harass Bob Vila. William "ryorininseven" Cook illustrated some of the scenarios! 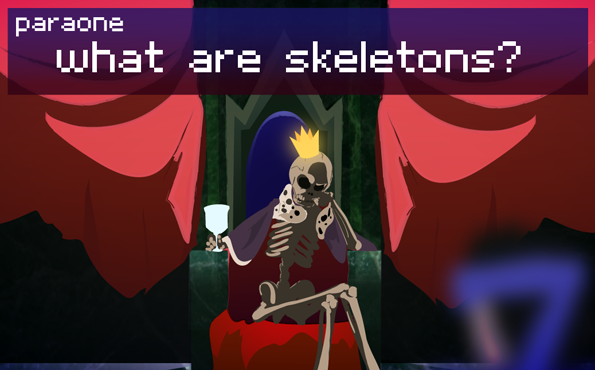 the crunchy part of the human

skeletons is rocks with food outside

sometimes skeletons have to wear robes and hoods, because it's cold in the graveyard

can i defeat a skeleton with such things as an axe

an axe can provide the necessary blunt force to defeat a skeleton. do NOT rely on purely bladed or piercing weapons such as swords or spears though

skeltons have mastery in all sorts of medieval weaponry including maces, spears, great axes, bows, and sorcery. 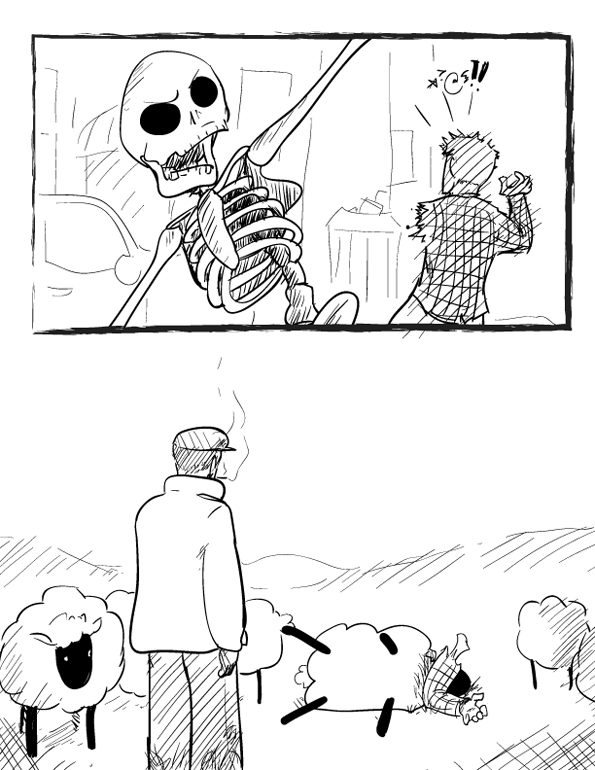 i bet a skeleton could throw a mans arm a thousand miles.

when fighting their own kind, skeletons utilize attacks of the Dog-element

dogs themselves are surprisingly bad weapons against skeletons, because the amount of bones confuses them and they often attack non-vital bones first which gives the skeleton many counterattack opportunities

skeletons are fragile. they don thave pain but they get pissed if u break them,. good way to make a skeleton angry if you want.

skeletonss hate future skeletons (people) and want to scare them

there are more skeletons on earth than there are people

People are just placeholders for skeletons