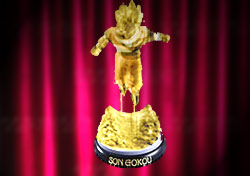 "The Big Green Big Date" - Carla Apple
Sample: "Shrek worked his middle finger in up to the fat second knuckle. The butter oozed out of his clenching bung and he pounded his meaty truncheon with the fury of a thousand suns."

"Gandalf's Revenge" - Jeanne Stapleton
Sample: "Gandalf the Gray grunted as his balls vibrated and jazzum [sic] launched from his meaty staff into the bubbling cauldron with a spray of fire and sweat fell from his face. Frodo would pay for his insolence when this potion was ready." 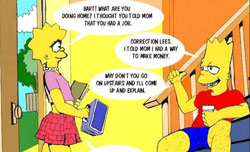 "Baby's Wild Day Out" - Cynthia Harlow
Sample: "Baby Bink pulled his diaper to one side to unleash his meaty snake. He cooed with pleasure as he thrust into the unconscious prostitute. The zipper of her crop-top entranced him as he hammered her with the burning passions of the fire of the forge of Hephaestus."

"Spearing Miss Daisy" - Roger Horvath
Sample: "Hoke pressed his weight against Daisy and her arthritic hips creaked with ecstasy. 'Say,' he paused to hammer deep inside her dried apricot folds, 'say nigger…fuck me.' He yanked her hair and pounded harder when she resisted."

"Conner Scratch Fever" - Peter Rollins
Sample: "Roseanne sprawled across the kitchen table, her tongue quivering deep inside Jackie's sun-hot cooter. Roseanne moaned loudly and nibbled on Jackie's cooter lips as Lion-O thrust deep into Roseanne one last time and then growled with pleasure as he shot megaloads into Roseanne's cooter. Dan also had orgasms into Cheetara's butthole and DJ came on her, meaning Cheetara's, face."

"Gremlins: The Masquerade Shatters" - Vickie Hoosier
Sample: "They knew they had to stop the Sabbat from taking over Los Angeles, but their pleasure was too hot, like the sun that would burn her to ash, but for Gizmo was just the dawn of a new day. She writhed beneath him as his huge throbby dick worked into her and she drank his blood which was aroused and inflamed with fiery hot pleasure. When he pulled out to use his tongue on her she pushed him away, 'no time, we have to go stop the Sabbat…and no food after midnight.' Hey cooed and thrust his dick into her hungry hot burning mouth."

"Room for Goku" - Jeanne Stapleton
Sample: "Just as Goku completed the transformation to super saiyan he orgasmed huge balls of sperm into Max Headroom's mouth. Edison Carter finished recording the sexual scene and turned the camera on himself. 'Live and direct I am…oh…ohhhh, coming in gohan's butt!' Network 23's ratings reached an all time high that night and Goku became a star reporter." 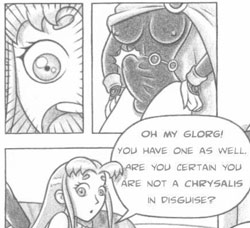 "Todd's New Power" - Todd Augustine
Sample: "Todd ran his fingers down Starfire's boobs and she quivered as a thousand orgasms shot through her boobs and down to her pussy. 'This is my new power,' said Todd, 'the power to give you excuisite [sic] pleasure.' There was a woosh and Raven flew in on a hover disc 'not so fast, Todd!' she yelled with a yawp. 'Yes, so fast, Raven!' Todd replied and sent a beam of orgasms hurtling out of his fingertips and into her pussy and she collapsed."

"Down the Rabbit Hole" - Felix Oppenheimer
Sample: "Felix bit down on the leather strap as Bugs buried his meaty rod deep inside Felix's burning ass. It was like being skewered with a rod made out of meat and fire. Felix wanted to cry out but Daffy was maneuvering his cock into Felix's mouth. Porky giggled as the lash bit hot crackling blood across Felix's bare back. Marvin the Martian waited impatiently for his turn at one of Felix's searing rabbit holes."

"The Dream Clock: An Erotic Novella (Chapter 8)" - Vanessa James
Sample: "Vanessa placed the clock on her night stand. She didn't have time to think about some fake magical clock, she had a lot of cleaning up to do and the house had gotten really messy since she broke her ankle on the steps. Then suddenly the house was clean. It was the clock! Vanessa looked at herself in the mirror and she was skinny. All of the weight she had gained while she was laid up with her broken ankle had disappeared and she was skinny and had perfect shaped bosoms. The door slammed shut and Vanessa thought it was her abusive husband, Phil, but it wasn't. It was Constable Benton Fraser of the TV show Due South! 'I have arrested your husband and you are so beautiful I am going to marry you and also pee on you like you want.' Vanessa unzipped his pants."

With such an exciting lineup of top-shelf nominees it's hard to decide who will win this year's batch of Gokus. Keep reading, keep writing and remember: next year it could be you behind that podium giving the "thank you" speech.