The internet pervades every facet of our lives: e-mail has replaced traditional correspondence, social networking has moved dating out of the bar scene, and instant messaging brings families and friends together. But beware, pamphlet lovers: this age of rapid change threatens to overtake and assimilate our most beloved of arts. Now that every lost soul can walk into a public library and publish his screeds to the web, it seems that the pamphlet must certainly be a dying art.

But all is not lost yet! Even as the web encroaches upon us, luring some of the most progressive minds away from the world of paper, we have still witnessed a banner year in the art of pamphleting. To look at the diverse and dynamic list of 2006 winners, one would think that the pamphlet scene was still as bright and vibrant as it was thirty years ago. Though technology may engulf us all one day, the glorious pamphlets which we honor today prove that the common man, with his photocopier and his unkempt beard, shall always find a voice:

Though the Pamphy awards do not discriminate by race, creed, color or sexual identity, we do acknowledge that one cannot overstate the importance of racism, anti-Semitism, radical antifeminism, Nazism, and general intolerance to the development and continuing relevance of pamphlets. Even those who do not share our beliefs of peace and tolerance have every right to speak their mind and publish their voices; it is with the utmost pride that we honor T. Arthur Cranston’s superlative 2006 screed, “The Criminal Jew.” Exhaustively researched and attractively presented, “The Criminal Jew” stands beside “The Jew Hive-Mind” and “Jewtoons!” as one of the greatest anti-Semitic pamphlets in history. 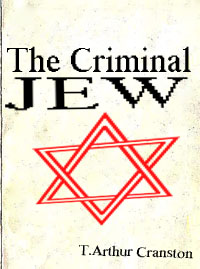 The Criminal Jew “True Jew Stories! The Video Vampire: I was returning a copy of my favorite documentary, “Sturgis Uncensored,” to the local *****buster Video when I experienced a typical Jew Transaction. The clerk, a loathsome little creature with a nametag reading “Amanda,” sneeringly informed me that I owed more than seven dollars in late fees from a previous rental. When I, quite politely and reasonably, accused her of trumping up faulty late charges and funneling the profits to the Jew banking system, she practically ordered me to leave the store. This isn’t Israel, “Amanda,” and you have no power over me. Whether or not “Amanda” is a Jew herself, she is unquestionably beholden to Jew overlords, since *****buster Video is a tentacle of the Jew entertainment media, and thus a certifiable Jew Hellhole...”

The best traditional religious pamphlets are those that border on the “nontraditional” category: they make such revolutionary leaps in theological understanding that skeptics might consider them the work of some hot new sect. Claude’s “The Bones of Christ,” unequivocally the finest Christian pamphlet of the year, skirts this distinction with wild-eyed fervor. While remaining true to Christian doctrine and attempting minimal revisions to the story of Christ, Claude advocates bold new directions in traditional Christianity. 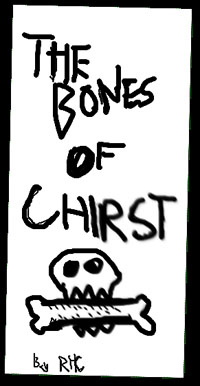 The Bones of Christ “I have sued the city council of Rio Dell, the liars and the heretics; sued them not under the law of man, the law of abortion and sin, the law of damnation; nay, I have sued them under the law of GOD, and as I testify for him, shall HE testify for me. GOD has revealed through number codes in the HOLY BIBLE the location of the skeleton of CHRIST and only the MARROW OF CHRIST, sucked into my mouth by my GOD-GIVEN BREATH, shall free man of the slavery of the RIO DELL CITY COUNCIL. Only when I am allowed to dig beneath the PROGRESS AVE. CIRCLE-K shall I uncover the hidden SKELETON OF CHRIST, revealed to me by number codes and holy television transmissions, and only when I uncover this SKELETON OF CHRIST shall I be able to sup upon the marrow that shall make me IMMORTAL, the battle-axe of GOD, the destroyer of the RIO DELL CITY COUNCIL. And when I find this SKELETON OF CHRIST and when I have HIS bones in my teeth, then shall these conspirators and rapists tremble, for they shall feel the BITE OF GOD upon their own skeletons…”

The best nontraditional religious pamphlets can show even the staunchest skeptic that there is a vast world beyond our comprehension. Madame Sissy does just this with her whimsical yet extremely convincing treatise on the crystals that power our dreams and grant us immortality. 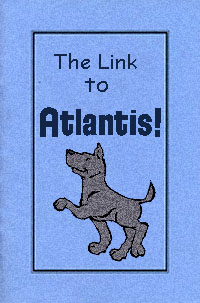 The Link to Atlantis “You think you will die. You think Atlantis is lost. Are you ready to have joy in your heart? Are you ready to be happy always? You must know: you think wrong. Atlantis is with us… just not where we expect! We want to know, please, where are the survivors of Atlantis? Much has been made of Atlantians among us… for centuries. Where are they? Are they here? Are they in the deep of the sea? THEY ARE HERE! Many of us live among them. How? They are our companions. THEY ARE OUR DOGS. Our dogs, we love them, they are shown by science that they extend our lives. How? The dog contains the crystals of Atlantis. By take them out of the dog, you are granted the gift of life forever. HOW? The crystals are in the dog. You must open the dog. Where is the crystal? The crystals are all over inside the dog!”

Historical revisionists and conspiracy theorists may just be the most important chroniclers of our time. If even a fraction of the allegations in a pamphlet like James Frasché’s “Beatles… or Deceitles?” are true, it may forever change the way we view modern world history. Frasché’s unassuming trifold posits one of the most incredible— and potentially revolutionary— revisionist theories we’ve ever seen. In a field crowded with big ideas and painstaking “alternative” research, BoD? shines like a beacon of potential truth. 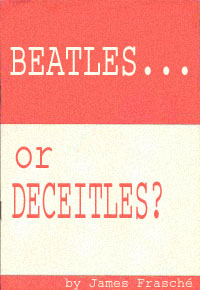 Beatles... or Deceitles? “On December the 8th, 1980, Mark David Chapman exploded the Beatles myth forever. Outside the Dakota in New York City, Chapman fired four shots into one of the most recognizable actors of our time: CIA agent Ben Hoyle, the man who portrayed John Lennon on television, on the silver screen, on the radio, and in a billion hearts. According to paramedic Dan Trouel, Hoyle’s last words were ‘Tell [CIA director Stansfield] Turner… I’m blown.’ Trouel, starstruck and heartbroken, initially thought ‘Lennon’ was talking nonsense.

‘Initially,’ says Trouel, ‘I thought he was talking nonsense.’ Little did he know that Hoyle had provided the first clue to unraveling one of the greatest deceptions ever perpetrated on the American public. ‘American public,’ you ask? ‘Weren’t the Beatles a worldwide phenomenon?’ WRONG. Ask any British adult who the Beatles are, and you’ll be greeted with a blank stare.”

Followers of the medical pamphlet will no doubt be familiar with the superlative work of Dr. Wolk, the author of such seminal tracts as “The Surgery Myth,” “Incan Mysteries of Heart Happy Health,” and “AIDS, Bye Bye!” This formerly licensed physician has a brave history of revealing medical marvels too controversial to be embraced by the stodgy establishment. “The Natural Beauty,” one of his most successful pamphlets, gives us practical advice on aging in the inimitable Wolk style: 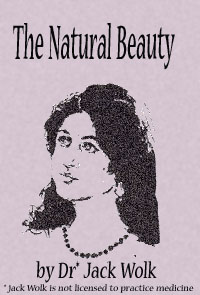 The Natural Beauty “Forget those F**CKS at the ADA: your teeth are FINE without fluoride… do you know what fluoride is? IT’S A F**CKING POISON. It grabs your mind by the BALLS and it THROWS IT ONTO THE F**ING GOVERNMENT’S DOORSTEP. Listen to me: teeth don’t just FALL OUT on their F*ING own. They are COAXED AND PROVOKED by advertisements for F*ING CREST and AQUAFRESH, and the big FLOURIDE AXIS. Your teeth are going to be fine. I’m a F*ING doctor and I’m telling you they are fine. BUMPS ON THE SKIN? Cosmetics, the cosmetics industry, they are the F*ING RESPONSIBLE PARTY for all these bumps! What do cosmetics do? Cover bumps? At the same time they make MORE BUMPS, so you have to buy MORE COSMETICS, which means more FU**ING money for BIG MEDICAL and BIG JEWEY. You want Natural Beauty, you want GRACE and POISE? That’s why you picked this piece of paper up! You can LOOK AS GOOD AS A TV MODEL without POISONING YOUR FACE WITH JEW CREAMS.”