WEPOWR: Our Free Speech Social Media Site Will Thank You for Using the N-Word

"When ideas can't compete on the free market, the mods censor competing ideas from the free speech market of ideas." - Dr. Jonas Patterson 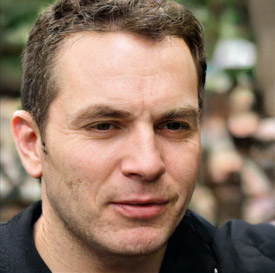 "I did not defecate on the floor in Boise in 2006." - Dr. Jonas PattersonFreedom is being infringed on the Internet. Twitter, Facebook, Youtube, and the rest of the cabal of tech cowards have given in to pressure from liberals and removed free speech from their platforms. A man is no longer free to call an entire race apes. I meant whites, but you thought I meant blacks, didn't you? That is your racism showing. A white woman was called a "white gorilla" on Youtube and that video is still up and yet Truth Patriot's 250 videos about skull shape determining IQ, the history of violence against whites, and reviews of mods for Mordhau were taken down for some reason.

Well, good news, my friends. We The People are joining together to launch a new 100% free speech platform called WEPOWER. This is power for the we. No more spineless tech boys to tell us what we can say. There is only Will to Power. WEPOWER.

Not allowed on WEPOWER:

To be clear, Dr. Jonas Patterson did not poop his pants at the 103.5 KISS-FM Midlife Singles Hot Dog Mixer in Boise in 2006. He was in attendance. He was aware that a brown, cylindrical object was NEAR (not under) his chair. This was a chili dog dropped by a slovenly attendee that rolled or was kicked near Dr. Patterson's chair. The smell in some accounts of the night was related to a backed up toilet in the nearby restroom and we have an email from the maintenance department of Boise Christian Academy for Large Boys that there was an issue with that bathroom on the night of the event.

This is the final statement Dr. Patterson will make related to this libelous incident: "I did not defecate onto the floor and nothing fell down the leg of my trousers. If I appeared sick that night it was because of the bad smell from the bathroom. I did defecate later as normal into a toilet, which I caught in a cardboard french fry basket, dated it with a marker, and placed the basket into a sealed container. As is my routine. You can read about this in my book '14 Weird Tricks of Living' in which you can also see photos of the clearly dated fecal basket."

To encourage freedom of speech on the WEPOWER platform, Dr. Patterson has developed a new gratitude system where users can Thank, High Five, or Hail Victory on every post. You will receive gratitude for participating in the freedom to speak freely.
Former Twitch streamers welcome!
No more playing Spelunky and worrying about accidentally, in the heat of the moment, calling the snake a race traitor. No more worrying about how your movie reviews keep getting taken down just because you threaten to murder the director or stars. This is absolute freedom and encouragement to say and film whatever you want. Film celebrities going to the bathroom. It's your right under the Constitution and what the Founding Fathers would have wanted.

But do not mention the Pants Pooping Incident. It's in the terms of service.