At Some Point, This Advice Will Save Your Life

I was going to write about Nintendo's unveiling of the Revolution controller today, but then the latest Reader Safety numbers came in and they were not pretty. Come on people, thirteen fingers severed in home improvement projects and sexual encounters? Seven of you dying when the parachute you were sharing malfunctioned and you were forced to eat each other? Thirty eight thousand cases of nausea and temporary depression caused by watching Rock Star: INXS? One papercut? These numbers are unacceptable.

Although you'd think a Something Awful writer's number one priority would be to cover breaking news in the ever-changing world of knitting, you'd be wrong. Keeping our readers safe comes first. After all, people who are not severely injured or dead tend to have more disposable income to pour into our illicit "Donate Money To The 'Red Cross' And I Swear It Will All Get There" scams.

I don't want to scare you but things are getting desperate around here. I haven't bought a new house in weeks. Instead of using a brand new Alienware computer once before throwing it away, Frolixo was forced to use the same machine twice this week. The situation is critical. We simply can not afford to allow any more deaths or injuries to interfere with our unscrupulous money making schemes, so today I'll be passing along some general safety tips to keep you alive and well. Your adherence to the following guidelines is appreciated and also mandatory. 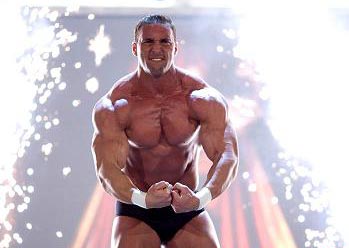 By simply following these tips, you'll be JUST like this guy: alive and probably an asshole.If you're being shot, the worst possible thing to do is to take off your bulletproof vest. There's really no excuse, even if it is a hot day or you think you saw a bug crawl down inside your collar. Similarly, if you were born with the superhuman ability to stop bullets with your bare skin but you just found a bitchin' magic lamp, now is NOT the time to wish the power away. Take a deep breath and think the situation through. Most shootings last less than a minute tops, so hang in there.

The second worst thing to do if you're getting shot is to berate the person shooting you because, man, that's just going to make them want to shoot you that much harder.

You: (wiping your mouth after being shot in the face, finding only a tiny spatter of blood) Pssh. You shoot like a girl, is that all you've got?

Shooter: That's it, I am currently shooting you even harder!

(he shoots you in the face again, but this time he looks really ticked off)

Shooter: Actually, there was a slight delay from when I said that I was shooting you until I actually shot you. I can't talk and aim very well at the same time, sorry for the confusion.

You: Argh! My tooth! It's chipped!

If a venomous snake slithers under the covers of your bed, do not lay down in it. I know you're tired, but dude. No. That's the venomous snake bed now. It's best to just avoid it from now on. Make a post-it note or something and place it at the foot of the bed so you don't forget. If you're really absentminded and there's a chance you might accidentally lay down in the bed at some point in the future, you might want to consider getting rid of the snake. The best way to do this is to put increasingly larger portions of unhealthy food in the meals you bring him twice a day. Eventually his cholesterol will be really out of control and he'll be a prime candidate for a heart attack or circulatory problems.

When given the choice between swimming or drowning, choose swimming every time. You've got to be consistent with this, ok? You could choose to swim a hundred times in a row and everything would be great, but then if you chose to drown just once you'd fuck it all up.

If a starved lion ambushes you, make sure it's smaller than you. It's a proven fact that the severity of a person's injuries sustained during an animal attack are inversely proportional to the size of the attacking beast. Make sure the lion is like the size of a mouse or something.

Just say no to cancer. While it is undoubtedly tempting at first glance, upon further examination the benefits don't outweigh the drawbacks.

When traveling to other countries, pay careful attention to the way traffic works. Here in the United States we keep our cars on the right hand side of the road, but in Australia everyone is drunk like all the time. You won't really be safe on either side of the road or anywhere near it, and even if you go on a hike in the middle of the outback without a single road within ten miles you'll probably get run over. Your best bet is to take a helicopter tour of the country which takes off from a cruise ship and never actually lands in Australia itself, but there's still a good chance one of those goofy bastards could get his car airborne.

Most missiles rely on heat signatures to lock onto and destroy their targets, so you should always wear shorts and drink plenty of cold water right? Nope. The sun is way hotter than you are, so wear what you want and take comfort in knowing that every missile fired at you will simply veer off course into the sun. If you're on your way to live on the sun right this second, TURN AROUND BEFORE IT'S TOO LATE!

To read the gripping and powerful tale of how I slept a lot yesterday, click here!