Changeling: The Dreaming, the precious and most questionable of White Wolf's major World of Darkness titles, is a role playing game based on the notebook doodles of a high school goth girl. Not the cool goth girl either, the one with the striped socks who spent every math class eating her own hair. The concept is simple: fairies are real. Some are sort of good, some are really bad and they inhabit a shrinking magical realm (one of many in World of Darkness) encroached upon by the real world of modern humanity. And there's lots of trauma. It's Captain Planet meets the Lovely Bones in a magical wonderland of rape allegories and hookah-smoking steampunk cat men. 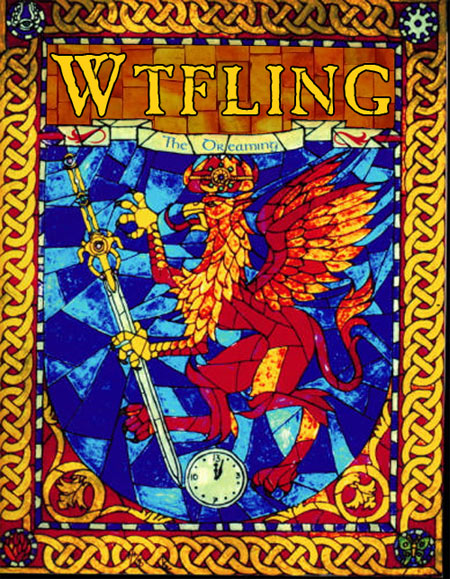 Steve: I know you're gonna trash this, because, that's like what you do, but I am going to stand firm. Changeling rocks hard. It's built on fairy tales and those are like the foundation blocks of all of role playing. Heck, everybody loves fairy tales.

Zack: Like everything related to fairy tales to appear in the 1990s, Changeling has a veneer of hipster irreverence and plenty of "twiztid" imagery, like bloodthirsty fairies and sexual menace.

Steve: Which is awesome.

Zack: And like everything related to World of Darkness you have a group of super powerful creatures that are existentially threatened by toasters and security cameras and fluoride in the water.

Steve: They also might be threatened by evil demons and global conspiracies, but yeah, basically right. Still awesome.

Zack: And in Changeling you get to play a mopy fairy that inhabits a realm related to emotional trauma.

Steve: It explores pathos, but it has a lighter side than most of those gloomy World of Darkness games. You fight boring by being awesome dream weavers.

Zack: Yeah, real awesome. You can play a Keebler Elf packing the E.L. Fudge with all your emotional baggage about being molested. Sure beats playing a vampire that can make people's blood explode.