Confession time: When I was 8 years old, I read a lot of fantasy books. I think many of us who are attracted to Something Awful (nerds) did, possibly because we were too young to realize how bad they were or maybe because we were all idiots, I'm not sure. Because most of us stopped reading this stuff a long time ago and haven't touched them since, it's easy to have lingering nostalgic memories for some of these books. My hope here is to dispel that nostalgia for good.

Towards that end I chose a book I read a lot in those days, Dragons of Autumn Twilight by Margaret Weis and Tracy Hickman. I have many fond memories of reading this book, as do, I'm guessing, a lot of you who are my age and read fantasy as a kid. But what are fond memories but disappointments waiting to happen? I'm going to read through this thing and give a running commentary as I go. As I open the first page, I’m already started to regret the idea…

Canticle of the Dragons 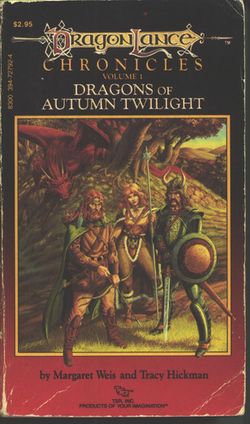 Oh boy, there's nothing I love more than when a book starts with a multi-page poem about dragons and the various gods of some made up world.

when the three moons rose from the lap of the forest
dragons, terrible and great,
made war on this world of Krynn

I can already hear the midi music beeping away as I get ready to choose thief, warrior, or wizard (the wizard is the one with the kind of pointy head and the warrior has that silver thing I think is supposed to be a sword?).

Thus Huma, Knight of Solamnia,
Lightbringer, First Lancer
Followed his light to the foot of the Khalkist Mountains

Sometimes I wonder if all these fantasy creation myths are written by just copy/pasting a section from the bible and then doing a find and replace with a series of letters they typed onto the keyboard while blindfolded. Ok, I’m not wondering anymore, I know that’s how they do it.

The poem wasn't enough of an introduction, so now we have a prologue featuring a Mysterious Old Guy Who Symbolizes GodTM and he foreshadows a bunch of stuff and says things like "Be ready, Tika Waylan." and "Be ready!" Are you ready? Then let's move on.

Good, they're doing that type of chapter title. I was worried that this book wouldn't be quite annoying enough so I'm glad that they'll be titling every chapter with shit like "A great decision is decided upon. Someone drops a glass and they have to clean it up. Then they eat." It also helps because I certainly don’t want to read this whole thing so I can just skim the chapter headings and get the gist of it. My guess is the gist will be dragons, dragons, ale, goblins, dragons, The Fifth God of the Great Star Ykjfsakjn, dragons, save the world, ale, awkwardly described sex, foreshadowing for future books, dragons.

The story finally begins when a dwarf named Flint Fireforge (apparently taking time off from his elf friend Forest Pointedearslivesalongtime) meets up with a buddy of his named Tanis. Tanis is half-elf. Fantasy writers love half-elves, because they can be used for contrived metaphors about racism that will show that the fantasy author can tackle real issues just as well as people who can actually write. Kind of like comic book writers and X-Men (who struggle with their identity as half-human, half-gimmick.)

Where a black man might endure racial insults, threats upon his life, and a lineage of oppression, Tanis the half-elf deals with one or two comments about being a half-elf as well as having superpowers like night vision and a tremendously long life. The parallels are chilling.

The two are soon joined by Tas, who is the comic relief because he is short. He makes a few bad jokes and then goblins appear and make some bad jokes back and then everyone gets so frustrated that the writers can't give them a single funny line that they end up fighting and the goblins die. Ladies and gentlemen, this rollercoaster has left the station. Whooo!!! 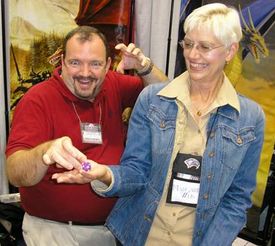 The minds behind the work demonstrating how they created its plot.

Chapter 2: Return to the Inn. A shock. The oath is broken.

This chapter manages to pull off having more action in its chapter title than in the chapter itself. Basically this chapter introduces the stock cast of fantasy characters you can see portrayed by professional actors in the popular Lord of the Ring movies, or "portrayed" by "amateur actors" during role playing parties that end early after the pale hairy guy playing the barbarian hits on the fat chick playing the elven queen and her husband, the skinny tall guy playing the dwarf because no one else wanted to be the dwarf, tries to beat him up and has to be restrained by the creepy old guy who smells like bathroom cleanser and is playing the human king in exile.

Meanwhile, in the book, one of the group (Tanis’s girlfriend, I think) didn't show up so the OATH IS BROKEN!!!! That's also the shock. I don't know why they didn't just combine those two in the title.

This one actually is pretty eventful, which would be great if I at all cared about any of the events taking place. Let’s see:

Because I only have limited space and this particular opus is almost 400 pages long, I'm going to be shifting tactics to a random chapter selection from throughout the book. Furthermore, at the advice of a former SA writer (now in disgrace and exile), I will be guessing what happens in the chapter based on the wordy chapter titles and then scoring myself on accuracy. Let's roll on these bitches. 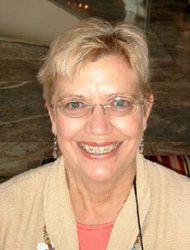 Hey Tracy I was reading Lord of the Rings and I had this great idea for a fantasy book.

My guess: Well, the first part of the chapter title is just a weather report, so I'm going out on a limb and saying that it will be dawn and cold. The dwarf will comment about not liking the chill because dwarves are straight bustas and like to whine. Then they'll all cross one of those bridges made out of vines and thin rope which are clearly built only to show how not to construct a bridge and halfway across the last person will have their foot slip through but be fine.

What actually happens: Surprise! It’s a chilly dawn and the whole group is in a swamp filled with those breakaway bridges. No one falls through, but the dwarf later slips in some water and, check it out "he shook with the cold and began complaining." Also it ends with some ambush or something. I sort of skipped that part.

My score: I’m giving myself 80% here for my misjudgment of bridge construction quality.

Chapter 21: The sacrifice. The twice-dead city.

My guess: Too easy. Everyone is in one of those long forgotten cities that is probably underground and guarded by dragons or killer gorillas armed with ping-pong paddles and contains this one object that no one has ever survived trying to get but our heroes will get it without much trouble at all. Then the entire place will start to collapse because apparently that one necklace or sword or whatever was the centerpiece of the city's architectural structure and without it nothing can stay up.

As they escape, someone will be forced to sacrifice themselves for one of two reasons:

A. Someone gets stuck and the person has to go back and help them but they get crushed afterwards because they lose all ability to run after helping the person.

B. The dragon or the three headed mime or whatever it is that protects the city tries to stop them and one of them stays to fight it off. And even though all of them together would be no match for it and they all would have died, that one person manages to stop the creature completely by him/herself while the others escape.

I am so confident about my predication that I'm going to score myself before I even read the chapter.

What actually happens: Hey look, they're all in a buried, long forgotten city. And oh hey look, they're looking for some hidden Discs of great power. And oh hey LOOK, there's a dragon that tries to stop them. AND OH HEY LOOK, the barbarian woman kills the dragon but dies doing it. ANNNNND OOOOH HEEEY LoOk, the city collapses the moment they grab the discs and they just barely get out.

I am two for two here, but I am seriously running out of room so I'm going to skip right ahead to the last chapter. 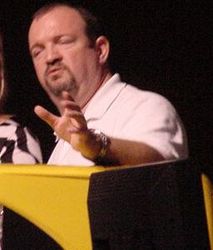 I'd say my faith is very important to my work oh man I look weird.

Dear Lord, a full half of this chapter is poetry. And because I skipped most of the last two hundred pages and I'm supposed to be reviewing this thing, I feel an obligation to read all this stuff. If I don’t make it, someone start a blog in my memory. Here goes…

Alright, they've all just won the climatic battle of the book, but they didn't really win win because then there would be no second or third book. Also the woman who died in the last chapter I talked about is alive again for some reason. And she's getting married. So much for sacrifice.

As the chapter title suggests, the book ends with her wedding. The description of the wedding manages to include "crowned with autumn leaves" twice in the span of two pages. Because fantasy books, as I explained, are judged on length, they are never "edited" so much as "padded." When you have over 100 pages of filler to work in, there isn't time to notice that you began repeating yourself around page 2.

Blah blah blah, the wedding vows and then, here it comes, the poetry. The first one is only a page, and despite sounding like Dragonforce lyrics (can't you just hear those guys screeching “proved in the presence of heroes/and the prospect of spring light/the children will see moons and stars/where now the dragons ride” while pretending that somehow metal is still relevant in any way?) it's not exactly terrible.

The second one though…oh god the second one. A full four pages, and the entire thing is basically a list of made-up names with one or two verbs and conjunctions thrown in to keep things moving. I can't think of a better way to end a book with a bang than to have line after line of stuff like:

And the sun and the three moons, waiting for wonders,
Hung in the sky together.
To the West Huma rode, to the High Clerist's Tower
On the back of the Silver Dragon

So my great journey through this work ends, as it began, with horrible geek poetry. In conclusion, if you are over the age of 14 and you read fantasy then you are probably a sexual predator. Thank you for your time, and emails defending a cheap fantasy book from the 80's can be sent to maxnmona@somethingawful.com