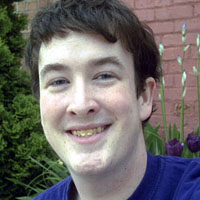 Dear Mr. Molyneux,
My name is Josh Madison and I am about to graduate from The University of Phoenix Online. But before they send me the .zip file with my degree I have to finish a paper for my “21st Century in Crisis” class! I have been doing a lot of research but I still need to know the following: is Black and White a tremendously flawed virtual pet with the AI of a goldfish that passed through a frat boy, or is it a “god game” that accurately simulates what it would be if the player was a one-legged cat trying to bury a turd in a marble floor? With your help I think I can show my teacher that Black and White was more tragic than September 11th and the Rawandan genocides combined!

P.S.- Please come to my graduation party on Sunday in World of Warcraft but just remember that it goes on until question marks (my friends are pretty ruff and tuff)!!!

Dearest Josh,
First let me say congratulations on your upcoming graduation! It takes a lot of skill and dedication to graduate from an online university that takes out late-night infomercials on Comedy Central. Hopefully your teacher used proper English in the class chat room! LOL!

I have to say I am disappointed in your misunderstanding of Black and White, however. A lot of magazines misrepresented me in my interviews. What I really told reporters was that it was supposed to be terrible because it was a terrible game simulator. Where they got that whole “god game where you can do anything” idea is beyond me. From day one I set out to create one thing and one thing only: A terrible game in the vein of other terrible games, like “Bill Laimbeer’s Combat Basketball” and “Legend of Zelda: The Wind Waker”. Thanks for writing in! 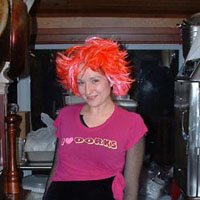 Peter,
I was more than overjoyed when I found out that Lionhead Studios was releasing The Movies: Lifetime Original Movie expansion pack. My dream was to create a film where a woman is beaten with every object in her house and then overcomes this to murder every man in the country and then become President. Just as I was opening the game box and dreaming about the different ways a woman could be bludgeoned with a toilet seat, I was shocked when I discovered the expansion doesn’t even come on a disc! All that was in the game box was a stale handful of candy corn and plastic overlays for my monitor with pictures of Judith Light and Meredith Baxter-Birney. While this has made your game somewhat more enjoyable, I have to say I’m feeling about as catty as that gay black man from Designing Women! Please help!

My Darling Dolores,
Tsk-tsk. Sounds like someone didn’t read the instruction manual! Lifetime Original Movie is supposed to augment your The Movies experience, not add to it. And before you write back telling me those are the same thing, keep this in mind: I designed Syndicate Wars.

The overlays are there so you can add not one, but two new characters to your favorite watch-the-same-cutscene-over-and-over game. For instance, say you made a movie about an astronaut going to some faraway planet. What if the planet had a statue of Judith Light? Or what if you made a movie where there was a doctor who was trying to save a woman (in this case Meredith Baxter-Birney) from total paralysis? It would be a tragedy because he couldn’t! Tell me that kind of star power doesn’t augment (not add to) your experience. And the candy corn is there for much the same reason, Dolores – if you don’t like the movie, you can throw it at the screen. If you do like it you can eat it. That’s about as open ended as it gets, toots!