BERNIE DROPPED OUT AND A GHOST DROPPED IN (TO MY BEDROOM) 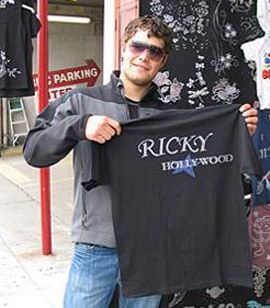 What's up, shitheads? You keepin' it wet?

The big news this week in the world of politics is that Bobby Brown had sex with a ghost. He claims in his book that a white lady ghost flew down onto his unit but didn't even let him bust a nut. I'm like wow dude big fucking deal man, I used to get night attacked by sex ghosts every single time I went to the Palin house and busted 70-80 nuts.

I remember one time Bristol texted me and said I needed to come over and toss some vitamin D in her but it was weird the address wasn't the usual address it was this abandoned mental institution. And I walked around and there was weird messages written on the wall and like babies in jars and stuff and lights kept flickering and I was like "yo bristol are we gonna do this or not bodie rented Bad Boyz again and we were gonna quote lines at each other"

Then out of nowhere this banger with long black hair covering her face starts creep walking towards me real fast. I was like well I am pretty sure this isn't bristol but not 100% sure so game on.

Now, I know what you're saying, you're saying "durrr I'm a dip shit idiot who doesn't believe truth when they hear it you probably just imagined this shit levi because you were injecting peyote oil again." 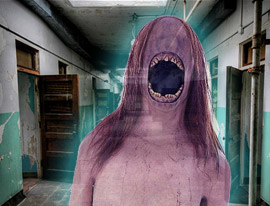 No! This was before I started injecting peyote oil much, I was still doing the peyote wax you smear inside your eyelids and that was only like twice a week tops. The hallucinations you get from peyote are much more mythological themed and like all about spirits but not ghosts. So when I say this shit really happened: listen up.

Anyway, this bimbo pointed a finger at me so she clearly wanted to bone down. And ghosts are all fucking kinky and shit like they're dead what do they care about tablues? So I was like let's do it right here next to the dead baby jars and she was like "VENNNN JUMMMMSSSSS" whatever that means.

So needless to say I went raw dog on a poltergeist drilled that ghost down so hard it was walking even creepier and the dead baby jars were a mess. All sorts of ectoplasms and stuff flying everywhere. I never even saw her face but her body was like a rock solid 6 which in Wasilla is a 10.

I'm not sure if the ghost is still haunting that asylum. I went back seven or eight times and screwed her all over the place where they did surgeries on people without anemsthetics and in the room with fingernail scratches all over the walls. There was one hallway that was just all screaming children which for a dad is like boner killer but then the ghost put a finger up the old chute and I was rock hard. 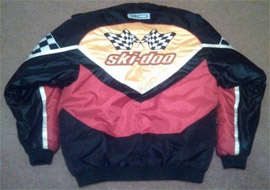 I did get some requests to appear in court about child support for the ghost but I filed that away with the rest of those letters in my toilet. Which won't flush anymore because all those little plastic windows on the envelopes don't dissolve in water and just keep making the toilet pipe narrower and narrower and when you are dropping these enormous oxy anacondas down there you might as well forget it. A garbage disposal couldn't handle those things and the pharmacy started putting the laxatives in those locked shelf things where you have to get the pharmacist to unlock it and it is almost impossible to shove the laxatives down your pants while she is standing there staring at you. Apparently you can get this stuff at amazon but I don't have one near me and you need a credit card I guess? Does anybody have one I could borrow for like five minutes? I promise I will not buy that badass skidoo jacket from making of a murderer.

Anyway, I guess Bernie dropped out which made me think back to all the times he gave that same speech about the one percent. Like, I get it already, you like the top tenth of the one percent jesus bernie for someone who makes me do hard ass fraction math every time he gives a speech you sure don't know regular math because n-word you lost like 3 months ago. Berne is worse at counting delegates than Jane Sanders is at running a college. You kept getting further and further behind and you'd be like "but I won wyoming cock us" and I'd be like that ain't nothing to be proud of bernie there isn't a town in wyoming big enough for a 311 concert and they played in wasilla at a place that rents bounce houses. 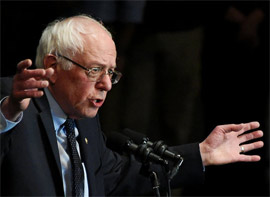 The system was rigged. I know, I know. FBI emails or whatever. Before you berniebros get all worked up at me and start breathing heavy and swinging your numchucks: I ain't with her.

I am totally voting for donald because I am for his platform of stream of comsciousness policies except I can't vote because I have a felony for attempted murder of a police officer because how was I supposed to know they were looking for a missing child in the lake when I went dynamite fishing right where they had rescue divers. What are they bitching about anyway put up signs next time. Don't get pissed at me you know this is dynamite fishing season. Besides, I pay their salaries with the taxes I get charged on my cabellas paycheck. They work for ME and they are FIRED.