Texas Presley, as she's known to millions of degenerates around the world, created a minor sensation in the world of people having sex on film. She made a bunch of movies, got nominated for an award, then quit the industry, not even managing to make it into the "aged, desperate and crack-addicted" phase of her career. A tragedy for her fans, who will be forever denied the pleasure of seeing her appear in "Busty Grandma Shitstorm IX." Texas, whom I shall refer to as "Texas" throughout this interview because I forgot to ask her if I could use her real name, is an old pal of mine from her pre-porn days, so I figured I'd bother her for another interview since it means I don't have to do any REAL writing this week. 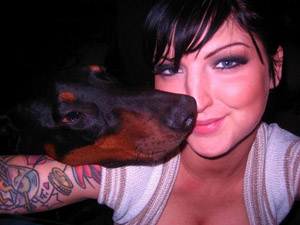 Texas: Yes, it lasted a long 6 months. I got nominated for an award and cut the fuck out.

Me: What was the award for, and did you win?

Texas:Sadly, no. That only would've made the situation that much more interesting. I should lie and say I did. It was "Best solo."

Texas: Yes, I was first chair. You haven't heard of the new Jazz/porno fusion? It's so hot right now.

Dave: Yeah I tried out for the Hustler Philharmonic

Texas: I almost made the Tranny Siberian Orchestra, but I was missing my instrument.

Texas: It was during a shoot. My male "costar" (to use the term loosely) was being really touchy-feely. My boyfriend was there, and I felt incredibly disgusted that this guy was trying to kiss me... that's when it dawned on me. "I'm about to have this guy 9 inches deep, and his tongue in my MOUTH seems too personal?"

This is going to sound a bit discriminate: later I found out he shot a lot of movies with trannies. I vomited, and retired.

Dave: I'd imagine the boyfriend being there could be kind of awkward.

Texas: Possibly. I don't really care much. I was doing it for him, and it was part of my contract with everyone that if I wanted to bring him, I could. Sorry bro, can't get your dick hard in front of my boyfriend? Not my vagina's problem.

Dave: Was the name "Texas Presley" your choice, or was it thrust upon you?

Texas: I picked it. I originally signed up as "Veronica Vaughan"... but I had picked the name Veronica for my firstborn daughter, and didn't feel that was too terribly appropriate. I changed it to Texas since I'm from the Lone Star, and Presley because I sometimes see a resemblance. Maybe it's wishful thinking, but that's beside the point. I picked it, and it stuck.

Dave: Was there any temptation to come up with something a little more awesome, like Helga Von Anus?

Texas: Strangely, no. Hmm… Veronica De PlowMouth… Looselips Mcgillacunty. Oh, and to clarify, I don't have a firstborn daughter.

Dave: But if you did, you'd name her Helga Von Anus?

Texas: Well, now I would! You should add that to babynames.com 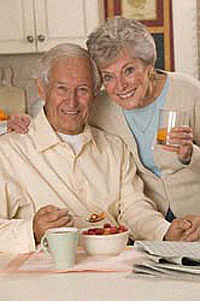 Texas: Both. More often than not it's some rich person's house. How do you explain those stains? Geeerrrrrrrroooosss.

Dave: Does the rich person get to hang around and watch?

Texas: Not usually. However, I was once getting fucked on a pool table by Scott Nails for Digital Playground at this amazing house in the hills, and I'm looking out the window over the beautiful vast greenery... and I notice movement out of the corner of my eye. In the breakfast nook of the window I was looking out of sat an elderly couple, eating breakfast. Eggs, english muffins, reading the paper, coffee, OJ... a fruit salad... so I'm having my salad tossed watching people older than my own grandparents eating salad. Irony can be fantastic.

Dave: Did they seem to notice you?

Texas: They were just so quiet, I hadn't noticed them over the huge penis I was staring in the face. They seemed indifferent. "Seems like this one's never had one that big before! Can you pass the jam?"

Dave: Didn't that make you just a little bit bashful?

Texas: I think for a minute I was aware of my surroundings, and a little rosy-cheeked, but as previously mentioned there was a HUGE penis staring me in the face. I don't know if you're familiar with Scott Nails or not, but it's easy to forget there's other people in the room when something like that is waving about. (Scott, if you're reading this... CALL ME. Ha ha, I kid, I kid... no, but really, CALL ME.)