The Official Review of U2's "Songs of Innocence" 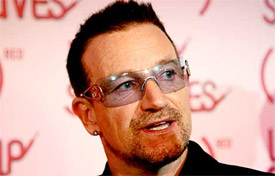 The world's biggest and most exciting rock band, U2, those four lads from Liverpool, Ireland, have done it again. They have released another album of songs. Just how people like them to do. These songs have been placed into hundreds of millions of iPhones and iPods without the user's permission.

It is a gift from U2, lurking ominously in the clouds like a zeppelin hiding from planes. Rolling Stone has already given this release from U2 and Apple the five stars it deserves as an important cultural milestone. We cannot deny this digital Woodstock moment. It is time for us to review each track.

1. The Miracle (of Joey Ramone)

[Review yelled through a bathroom door]

Woman: What the fuck are you accusing me of doing? Youtube? What are you talking about?

A man working out at a gym stops on the treadmill and looks down at his phone. The momentum carries him off the back of the treadmill. He was playing his fifty mixes of Sandstorm workout shuffle and this came on. He scowls at his iPhone and decides he would be better off watching Fox and Friends on the TVs. He is correct. 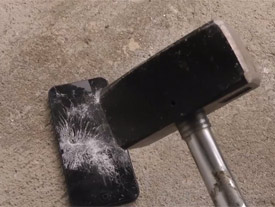 3. California (There is No End to Love)

There is an ode to Santa Barbara for free on your telephone. You can listen to this anywhere anytime from the Apple iCloud. Even at a Starbucks Coffee Restaurant or inside the bird-filled ruins of a shopping mall slowly flooding on its lower level. Data rates may apply.

Doing a quick show of hands here, pretty sure this title is incorrect.

A song about Bono's mother who died 30+ years ago. She and Steve Jobs are now together, hand in hand, possibly drowning in a lake of Satan's scalding piss.