Buckle Your Seatbelts, At Least for My Sake 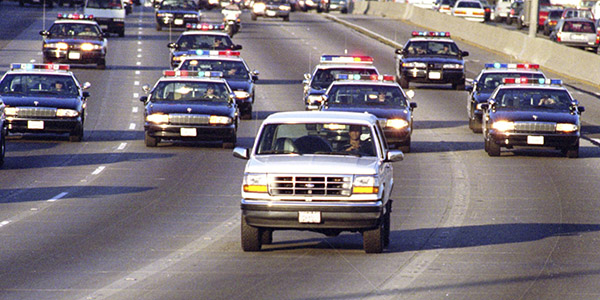 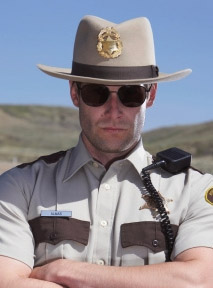 These are the words that run through my head when I pull up to the scene of another fatal car accident--something that happens all too often in my line of work. We've been trying to inform drivers of seatbelt importance for decades now, but when I radio the crew to come out with their supplies to scrape another poor soul off the asphalt, I can only think, "How senseless." Also, "Christ, what a mess."

Let me get one thing straight: I don't care who lives or who dies. See what I've seen over the past 17 years, and you begin to view people less as humans and more as a collection of foul parts waiting to be scattered across an eight-lane highway. Listen, I know mistakes happen, but if I was looking to kill myself, would I march on down to where you work and splatter myself across your office? No, I'd do it in the privacy of my own home, using the suicide bag I purchased from a reliable mail-order company months ago.

If someone with the natural charisma of Ralph Nader can't convince you to wear a seatbelt, I likely don't have a snowball's chance in hell. But please, look at it from my perspective: Let's say you rear-end a semi, rocket through your windshield, and skid along the pavement to the next exit. You realize those stains aren't just going to wash away after a light summer rain, right? I mean, we've all spilled wine on the carpet. Well, imagine firing a side of beef into your living room shag at 300 miles per hour and you can probably imagine how personal irresponsibility can put me and the boys in a real pickle.

I'm sure this all sounds heartless to you. If so, I guess that's just what I've become. I assume most of you never scooped a human brain into a garbage bag that was trying to remember the lyrics to "Radar Love" just five minutes earlier. Well, that wasn't just a colorful example--that was my Tuesday. In fact, I've grown to despise reckless drivers so much that I've taken to collecting the scattered cell phones from people killed texting behind the wheel and making them into delightful cross-stitch patterns. A bold "nmu" sits right above my mantle, while you can find a feisty "new phone who dis" hovering over the royal throne in the bathroom. I'd say they're a bit of a conversation piece, except that people tend to stop asking questions once you tell them what they are.

The problem with PSAs like this is folks tend to tune them out because they assume you're talking down to them. Well, rest assured that I don't think you're stupid. In fact, I don't think anything of you. As I explained earlier, the horrors I've seen have taught me the human soul is a lie to the point where I can no longer form lasting relationships with other people. Maybe I'm being too direct, but that's definitely better than spending another afternoon sandblasting human teeth out of the support struts of an overpass. And you'd better believe those fillings are going right into my pockets.

In closing, please, buckle up before you drive, at least for my sake. Think of it this way: Would you rather have a tasteless closed-casket funeral, or one where loved ones can cry over and paw at your hollowed-out, makeup-covered corpse? Whatever the case, I'll be there to spit on your grave because that's just the kind of thing I do now.