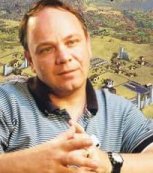 A message from Sid Meier, creator of the Civilization series and the two-man bicycle:

"Hey gang! You know, it's been a long and crazy ride since I first took that brown acid and fell into a hippo pond at the San Diego zoo, an event that led to the creation of "Solo Flight", my first PC game product. Since then, my team and I have been working endlessly on the award-winning Civilization series, a gaming experience so vast and complete that it remains unchallenged in the realm of strategy gaming.

This latest version goes even deeper into all the aspects of human civilization, building on the working model of the first three editions. I think you'll find that the changes we made, detailed below, add to the excitement of gameplay. I just made a poop in my pants so, please excuse me while I go change. Enjoy."

The Polish: Long have these hardy people existed in the unfavorable location between Germany and Russia, and have been overlooked as a major player in European history. Although much was destroyed in WWII, these proud people have outlasted the worst conditions and persevered with nothing more than potatoes and polka music. They are even America's third biggest ally right now in the fight against terror in Iraq. That tells you something!
Special Unit: Polka band. Replaces the archer. This unit has a special attack that can lower the culture of any city it enters.
Leaders: King Paskiewicz (seductive, warlike), John Paul II (religious, seafaring).

The Canadians: The Canadians have a long and rich history, going back as far as the age of discovery when the French fur trappers landed and refused to speak other language even though they were totally outnumbered. Then came the revolutionary war and Canada became the refuge for England, keeping the culture and even a picture of the Queen on their coinage. This was replaced by the loon bird when it became the new ruler of England. Then, the Kids in the Hall made some great sketch comedy, making Canada a valid country.
Special Unit: The Mounties. Replaces the cavalry unit. This unit can't attack but it looks pretty cool.
Leaders: Bryan Adams (cultural, warlike), Wayne Gretzeky (puck handling, slap shots).

The Tibetans: We are adding the Tibetans as a playable civilization just because they've been around for thousands of years. Although they don't produce any goods or have a national army, they can make those cool designs out of beads, and that's got to count for something. This civ gets a special religion bonus that keeps all your cities happy, but they have a weakness against Communism, and the space program.
Special Unit: Monk. Replaces warrior. This is the only unit allowed to be built by this civilization. They can't attack or defend and can be destroyed simultaneously when stacked.
Leaders: Dali Lama (religious, cultural), Beastie Boys (humor, rapping)

News Entertainment: Decreases war weariness via propaganda and confusion. Once you unlock this technology you may produce the special unit Bill O'Reilly. The unit may be used in an unhappy city by clouding the truth with unabashed lying and magic tricks.
Prerequisites: Fascism, Television

Latin Pop Music: The discovery of this technology gives you the ability to generate a new form of happiness in the guise of festive Latin pop. It allows you to build the Latin pop radio station, making two citizens happy in your city. The downside is that you lose two production from the illegal immigrant influx.
Prerequisites: The Tango, Radar

Ice Cube Trays: Learning this technology will allow you to continue up the tech tree to other luxury techs such as "mixed drinks". This will allow for more control of your populace during the turbulent modern era. This will also keep citizens' drinks nice and cool during summer, adding to your victory points.
Prerequisites: Refrigeration, Mysticism

IV. New Features: Religion
For the first time, the concept of religion is being introduced into this series. We had stayed away from it previously for the obvious reason of avoiding heated debate over their benefits and shortcomings, but the effect of religion on shaping all of human civilization cannot be ignored. We have given players a choice of religion, an important decision that will decide the course of their nation as well as interactions with others. Here are some of them:

Christianity: Best choice if your civilization is lacking in literacy or free thought. This will keep most citizens unfocussed on facts and base all knowledge on the words of the bible. This will hurt science by 20% but it will boost happiness and moral righteousness (affects war weariness).

Judaism: You get a bonus to trade and free media technology, but the guilt over killing Jesus will cause your citizens to chastise themselves in self-loathing. Can't eat shellfish, hurting the lobster industry.

Islam: Your citizens will be distrustful of all other religions and grow long beards that look kind of scary. This alienates other civilizations with different religions and you will find your nation isolated. There is a 90% technology reduction but you do get a special unit, the suicide bomber, that can sneak into other cities and cause civilian damage. May not build a McDonalds city improvement.

Hinduism: Nobody will take you seriously if you pick this one, but you do get a bonus on having festive parties. Also you get a +30% technology bonus, but all military units are severely reduced in power. 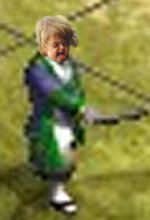 Wisdom Teeth: your leaders can now grow wisdom teeth that cost 50 gold to remove. There is a 70% chance of Vicodin addiction in the next 10 rounds. If the leader gets addicted, you lose half of production and leader becomes constipated, increasing chance of war with neighbors.

Gay Marriage: Once the technology of Broadway Musicals is unlocked, every city will have a percentage of gay people. Sid seems to believe that there are many more gay people out there than once suspected, so this percentage is between 10 and 100%. Your civilization has the choice to allow or disallow gay marriage. This will have a bearing on your population's happiness depending on the percentage of gay people in your cities. Example: You have a city that is only 10% gay, 80% rednecks, and 10% Indian tech support workers. Allowing gay marriage will upset all of the rednecks, causing mass homophobia (affects luxury trade). The Indian tech support workers will also be affected because of all the blogging going on as people discuss the subject. Choose wisely.

Hurricanes: If you live on a coastline, the chances of getting hit with a hurricane are increased. This will cause massive damage to the city and a long period of anarchy. If you have a competent emergency director this will only last 1 turn. If the director only has experience with Arabian horses, recovery will take 10 turns, but you will get a +1 to taming Arabian horses. 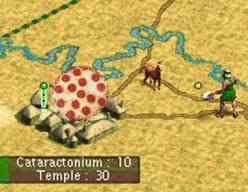 Floating around the map are random pizzas. If a unit lands on a pizza and eats it, the unit can gain a special power-up. Some of these can cause the unit to move faster, have a better attack, or be frozen on the square because they got too fat from the pizza. Also, the pizza could be a barbarian horde in disguise and attack your unit.

There is also a new Citizen type: the Blogger, which increases pollution.

Along with the new wild animal units on the unsettled map, there are also ghosts on the move. If one of your units dies, there is a chance that it will become a ghost and haunt the map. If a ghost enters your city then it will become haunted and it will add to unhappiness but increase tourism. You have an option to pay 20 gold for a ghost hunter team to do an investigation, whereupon the game will switch to a first person shooter and you have to catch the ghosts with an electronic harness and put them in a bag.

Finally, there now are random seahorses in the ocean squares that are animated and play the song "Under the Sea" when your boats sail by. This boosts the sailors' morale by 3.

Units will no longer vanish when walking across mountains. This was to simulate their getting lost and being eaten by their guides, but it was found to be too confusing to players.

Inside jokes inserted by the programmers into the diplomacy screens, like "Tom's mom sucks cocks in hell", have been removed.

Spearmen can no longer kill tanks. Archers, however, may be able to shoot their arrow into the gun barrel, detonating the shell and destroying it. They may also destroy battleships if they happen to shoot the powder magazine.

This version won't teleport some players into the game, causing them to be immersed in an electronic universe and then killed by conscript barbarian warriors after walking into a cluster of huts. If this still happens, update your display drivers.

When a city riots, there will just be a waft of smoke coming from the city instead of a bunch of black people stealing TVs.

The crashing issues have been addressed, and the resulting fires and deaths should now be minimized.

More Sid Meier's face in the game -- at all times, on every screen.

Civilization IV comes out this month, retailing at $138. It comes in a collectable tin that is great for stashing drugs. Pre-order today!

Today we have some home improvement tips from Lance Armstrong, and 400lb gorilla fighting 20 midgets.