Hobbits: For Real, Yo 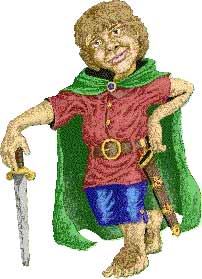 For reasons I can only classify as "stupid," scientists have been joyously reporting that Now, don't get me wrong, maybe the science is sound and there really were short folks running about at one point, but do we really even want to even consider such a thing, let alone name them after hobbits? I mean it's bad enough we have to deal with the harsh reality of midgets, but now we have to consider that maybe we evolved from midgets? I'm just not ready to accept that. I've grown far too tall to stare down at my past like that.

Of course I'm kidding and I love midgets more than I can express with mere words. Maybe if I had a smaller font size to work with I could express myself more eloquently, but not this way. Also we didn't evolve from these hobbits. What disappoints me is that scientists are going well out of the way to make science even nerdier. At some point scientists are going to have to stop and realize that they are already nerdy enough, what with their little beakers, their microscopes, their little digging tools, and all that other crap. These days it's "Let's use our science tools to make fantasy come to life!" Next week some asshole scientist is going to dig up the remains of Harry Potter and hold a press conference while dressed in a wizard's robe.

Digging up the monstrous looking skeletons of dinosaurs and ancient insects the size of Volkswagens is good science. Kids love it, museum curators love it, and hell, everyone loves it. I think even creationists, if you got them drunk, would confess to really liking dinosaurs. The problem is now science looks like a huge pansy, obsessed with goofy fantasy instead of furthering important discoveries like finding the real missing link and making it possible for Christopher Reeve to fly again. 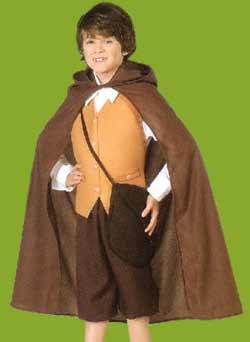 The so-called "hobbits" are purported to be another species of human that possibly lived as recent as 12,000 years ago, when they were all instantaneously buried under sand in caves along with their quaint tools and clothing, which included shoes with springs on them. The hobbits were not very smart, as their brains were roughly the size of a baseball autographed by Sammy Sosa. They were however quite tricksy. These smaller brains likely excluded them from excelling in academics, forcing them to attend trade schools and limiting them to blue collar jobs. Evidence suggests they had long arms, making them more adapt at wife beating and doing the wave at ancient sporting events.

Let's take a moment to look at the pros and cons that come from discovering hobbits.

Now somebody can make a movie about a rich scientist cloning hobbits and opening a theme park on a tropical island where hobbits live again. Only things go wrong and danger ensues.

We now have one more thing to bring up when talking to people that don't believe in evolution that will make them hate us even more.

A renewed interest in the relatively unknown "Lord of the Rings" series of books, which have been ignored since the day they were penned some years ago.

Science takes ten steps back by venturing into the realm of fairy tales rather than doing something practical like building an artificial black hole that quickly spirals out of control and destroys the solar system. 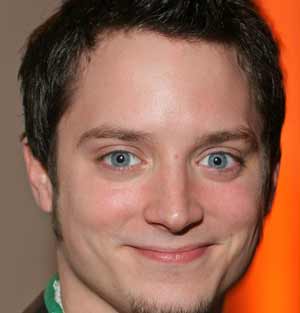 To make matters worse, scientists are now suggesting that the hobbit people spent a good chunk of their time hunting and killing

Okay, it's pretty clear somebody has a fascination with all things small. Looks to me like some jerk became an archeologist after the circus broke his heart.

To undo the damage caused by the discovery of "hobbits," archeologists are going to need to do something really fucking cool. At this point to restore their coolness they would need to dig up a massive gun that's at least the size of Vatican City. At least. Another quality archeological discovery would be a massive dinosaur with a perfectly preserved flying saucer jammed in its rib cage. Another "tiny man and his tiny ukulele" discovery is just going to put a bullet in science once and for all. Stop digging around midget graveyards and find some place new. We don't want your stupid little hobbits!

At the end of the day, yes, tiny skeletons have been found. But do we have to acknowledge them and call them hobbits? Can't we just say they were time traveling midgets? I think, for the first time ever, science and religion can agree that this is a discovery best left in the dark. I don't want to know about hobbits being real anymore than I want to imagine elves really exist, and it's only a matter of time before some doofus digs up pointy-eared skeletons and makes that claim.

On the plus side, this still isn't as mind numbingly nerdy and infuriating as that astronomer dork naming a planet after the TV character Xena, and its moon after her TV sidekick Gabrielle. That just goes beyond the limited vocabulary of swear words I have at my disposal. It makes me want to strangle people.