The Best Quotes From Beyond Scared Straight at Lambspoke Penitentiary 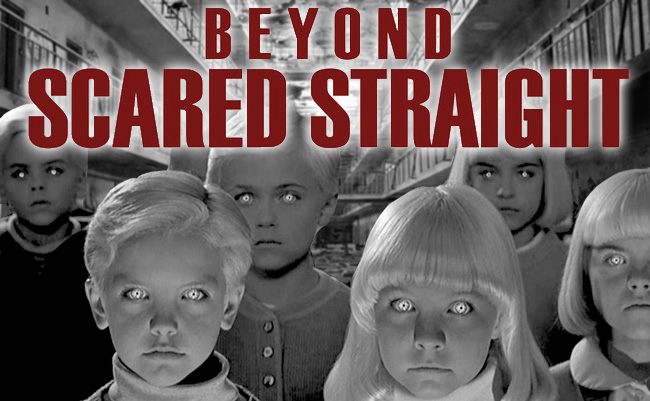 For an October, 2014 episode of the prison TV show Beyond Scared Straight, North American Panopticon allowed the A&E crew to film an episode in D Block of the notorious Lambspoke Penitentiary. The at-risk juveniles being scared straight were brought in from the Hanussen Academy for the Dismally Gifted. 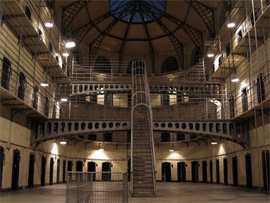 "You think you're tough fighting? You think you're tough? You come in here on day one gonna get all the birds stomped out of you. They gonna get you in your cell or in the shower and all of the birds will come out of you. See that spot up there on the ceiling? That ain't grease, boy. That's where the birds leave. Not even all you friends can catch them. Ain't no bird nets in here. Ninja turtles ain't let you have nets. And then what? Then what, bitch?"

"Oh, big man got glowing eyes! You think that scare anybody in here? Chief Hercules had them glow eyes. Put his ass in a bag. You want your ass in a bag? I got an exra ass bag just right for your ass. Keep it warm for when you fuck up."

"Don't look at the robot, look at me. Robot ain't gonna do nothin' for you. You know why they got that robot? It ain't to save nobody. They drive that thing in here to watch you get keeled. Oh, you think that vibratin' shit scare me? Like I ain't seen vibratin' before? I vibrate all the time when... where... where'd he go?"

"You think you cool? Come in here with an attitude. You won't have that attitude when you realize that body just a parasite attached to your soul. Figure out how to get that parasite off you and you be free. Bird man told me that, but I ain't lookin' at him. Not direct. Just out the corner, you know, of what used to be my eyes. Can't look at the bird man. Never come back from doing that." 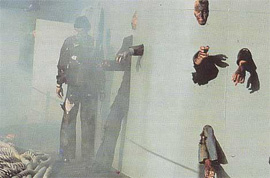 "Queer Disciples! Last thing you hear before you get that clavo shiv in your guts. We ain't afraid of nobody. Queer Disciples is real. We embrace all genders and sexualities and we embrace the holy mother of death Santa Muerta. That is that real clavo shit. Beyond Bible. Not that made up shit you got at Harry Potter school. Don't look at me like that, ain't my fault you got a tail."

"You think you bad? You think you reaaaaaal bad? So did Bananas Manson and ninja turtles put his ass in Cell Block T after it fell into that underground ocean. You see how bad you are living at 2,000 fathoms getting your dicks ate by blind lobsters. Uh-huh. Lot of tough guys ain't even seen when that baby face worm come out the thermal vent. Try that. Cell Block T motherfucker. Yeah, you bad. Uh-huh."

Inmate Ainsley "Semeny" Gethsemane is serving 1,000 years for sexual terrorism of a zoo 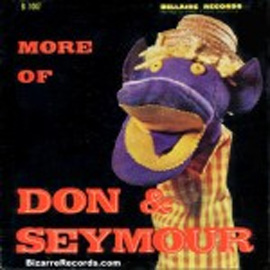 "Just because you got double teeth rows doesn't mean shit in Lambspoke. Go ahead and hiss at me, snake tongue motherfucker. You like twelve. In here acting like you got it all figured out. You know what a 69 is? Don't laugh! 69 is when you get put in the Yolk and two of you given bed spring shivs by the ninja turtles only one of you gets to be born back out of the Yolk. Make that face at me one more time I'm going to the Yolk with you."

"Oh, you think you a ghost? Nuh-uh, this is real ghost shit in here. REAL ghost shit. They put you in that umbilical to eschaton, you go to X Block and you only come back a ghost. Writing on walls in blood prophecy and making shit go all cold people see their breaths. Can you possess Tiny Bill make him bite off a nose? Didn't think so. Yeah, that's a real ghost. You flash them eyes somewhere else at someone who cares."