Confessions of an Introvert 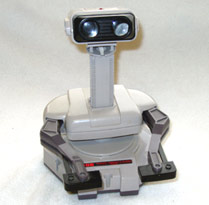 The face that would haunt my dreams for years. When I was a young boy, my mother once told me that I was too shy, and that if I didn't change my ways I would eventually become a hermit. From my shadowy vantage point in the air conditioning duct above her I laughed deeply at this preposterous notion, then recoiled at my sudden outburst and scuttled further into the darkness. I had laughed at my mother's comment, but perhaps she had a point. While other children my age were playing NES games with each other, I was burying R.O.B. the Robot by the moonlight in my backyard because I could no longer brave his cold robotic eyes and their constant attempt to undress me.Some kids got their exercise by playing pickup games of kickball in the neighborhood, but I chose to run into my closet wall as many times as I could before passing out. My skin was so white that if I stood in front of a white wall you'd still be able to see me, but I'd be pretty white.

Upon reflection I realized that I truly was different from everyone else, and that something had to be done before I became a complete freak. That night I plotted my path to normalcy. The popular kids at school were typically assholes, so I decided to be more social and adopt "fuck you, grandma!" as my stock response to everything. Not only would this impress everyone and rocket me into the highest social circles, but it would finally give me an incredibly witty retort to use when my grandmother invariably made fun of me during her weekly visit.

Obviously my plan was ill-fated. After my numerous wounds healed and the swelling went down, I fell back into my safe and comfortable way of life. Through the following years I was able to open up somewhat, but to this day I remain very withdrawn. I'm still incredibly quiet, work from home and don't leave unless there's a catastrophe or I walk through the wrong door, and I only have two or three close friends (one of which I suspect is imaginary). At parties and my friend's band's shows I feel completely out of place, and in lieu of actually speaking to other people I tend to inspect the floor for hours at a time, often laying on my stomach to get a better look. Maybe I don't live in a cave and have an unkempt ZZ-Top beard, but I do live a very secluded life that most people would have a hard time understanding.

What is it that makes people like me averse to the idea of venturing out into the world? It's funny that I should pretend you asked me that! I happen to have a list of the things that keep me holed up in my house playing Star Wars Galaxies and building a robot to deal with the guy who delivers my groceries so I don't have to. 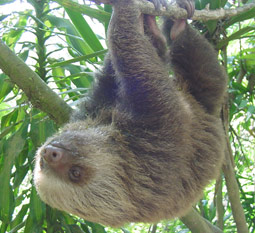 I once visited a museum which was displaying the bones of a gigantic prehistoric sloth. This lumbering and docile beast had been minding its own business hundreds of thousands of years ago, perhaps picking flowers or writing poetry when a meteor fell from the heavens and smashed directly into its skull. That's right, a meteor (from outer space, mind you) smacked into the back of a sloth's head. What are the chances of that happening? Getting brained by a meteor has to be impossible, right? Yet right on the other side of the inch-thick glass display case was a shattered skull with a baseball-sized chunk of space rock nestled inside. Yeah, fuck that.

As if the imminent threat of space debris isn't enough, the outside world is also filled with millions of creatures who aren't nearly as peaceful as the gentle sloth. Every time you walk out the front door you enter the territory of vicious bears, starving wolves, lost sharks, and really little snails who are total bastards and want to trip you.

The insides of buildings are great. The outsides of buildings are horrible facades of doom and brimstone and that gunky stuff that forms in your eye when you're sleepy. Buildings are way too tall and have corners that are sharp enough to accidentally walk into and inure yourself on, but not sharp enough to do useful things like slice cheese. Walking through a city is basically like walking through a series of imposing yet ineffective cheese shredders. Try thinking about that without breaking down in tears the next time you set foot in a city.

These are people. I rest my case.

People are scary. Some of them can grow to be seven feet in height, some wear spandex bicycling shorts, and there are even reports of some people that voted for Al Sharpton in the Democratic primaries. Need further proof of the horrors mankind is capable of? People were involved in such travesties as the holocaust, the Spanish Inquisition, and my birth. Also, when people pull their eyelids inside out and flutter them, it really freaks me out. Maybe it's not a travesty, but that shit's just plain weird.

In addition to being scary, people are all over the place. There's just way too many of them. No matter where you go you're sure to run into people, unless you go to the stands of an American Football League game. As humans spread into new areas, they mark their territory much like a dog. Only instead of pissing all over everything, they're far more evil and mark their territory by building a home, then pissing into a plumbing system. Have they no idea what sort of negative impact they place on the ecosystem by witholding the very urine that trees rely upon, sick baby birds drink to get better, and Japanese porn films so desperately need?

I hate driving, and make my friends get behind the wheel whenever we go somewhere. Of course this bugged them at first, but they've gotten used to it. Travelling to and fro at high speeds in a vehicle that weighs close to a ton is, after all, a risky venture. To put things into perspective, if you drove a car full of watermelons into a wall at seventy miles per hour, the watermelons would be smashed to bits. I just can't take that sort of risk with my watermelons. Maybe you're some sort of watermelon tycoon and you can play it fast and loose, but I can't.

Some people might think I'm crazy for letting these things get to me, but I'm sure there were people who told Socrates he was crazy for drinking hemlock. Besides, in spite of my introverted nature I'm surprisingly used to criticism. Since I'm so withdrawn, how am I able to write for a site with such a large readership as Something Awful? I guess I just don't think about it. If I took the time to imagine the hundreds of thousands of people who would be reading each and every word as I wrote my updates, I would probably lock up in sheer terror and be unable to write.

The boys at State Og have put together the most entertaining update of your lifetime. Especially if your lifespan is only one week, and you don't see any other form of entertainment during that week. Otherwise, it's pretty good.

"Don’t be silly,” I replied. “There’s no such thing as baboons.” Ah, with that quick-witted response, I felt my confidence coming back and at that point I was almost positive I had pants on. Now the only real nagging question remaining in the back of my uncertain mind was: am I wearing them on my head?

Check out this week's State Og!