Way back in 2004, Japanese maid enthusiast Ryo Kamiya developed Maid: The Role Playing Game. It was a simple RPG based on the idea of anime maids (players) serving a master (the GM) and trying to win his favor. If this sounds big time weird and gross, you're right on the money. It includes underage characters, seduction, weird sex, lots of references to spending the night in bed, and various forms of physical and emotional abuse too numerous to mention. Naturally, it was a big hit in Japan and in 2008 the game was translated to English. And now here we are. Look at this. It exists. 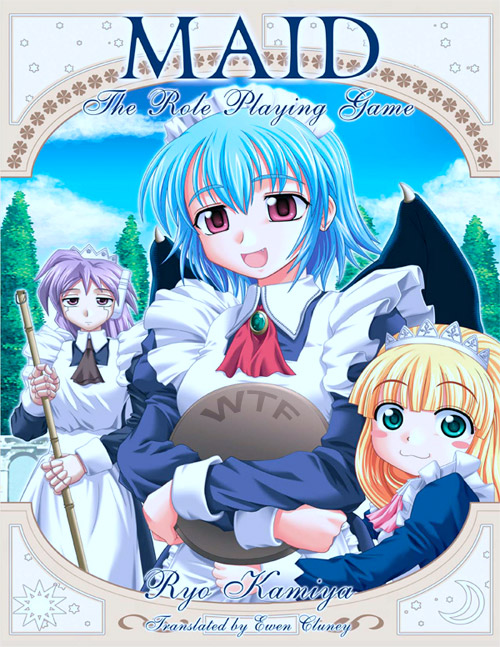 Steve: No! Dude, what is this? How can this be?

Steve: Bull crap I am not playing this. What do you even do in this stupid game?

Zack: You just have to make a maid character and then you serve a master and try to win his favor. It's actually creepier than it sounds. Any sort of maid you want, as long as it uses the rules.

Zack: Yes, but keep in mind almost everything relating to your character is determined by one of the seventy or eighty random tables in this book.

Steve: Alright, I looked at this crap and I rolled up my character.

Zack: Did it hurt?

Steve: This system has a lot of potential.

Steve: To make me puke.