Crisis at the North Pole 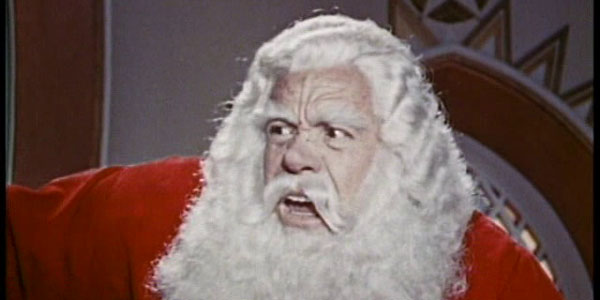 First of all, I'd like to thank you once again for keeping me alive these past 1744 years to do your good work on Earth; even though the rest of the Saints have been assumed into heaven, I'm having a grand old time up here at the North Pole, working 12-hour days 11 months out of the year just so you can punish the naughty children of the world -- seemingly your only objective over these last few centuries.

Remember when that whole World War II thing was going on a while back and I was all like "hey maybe you should do something about this" and you were all "business as usual?" Millions died, but I appreciated your sticktoitiveness. Plus, I bet you made a lot of new friends when that was all over! Hey, tell Harry Truman I said hi -- ho ho ho, just kidding. We all know he's roasting in hell for killing tens of thousands of innocent civilians. Guess you could have prevented that in some way, but hey, don't let me tell you how to do your job!

This brings me to our next subject: The Devil. I take it he's a thorn in your side, too, but I'm guessing you guys have pretty good security up in Heaven because as far as I know, he's never seen you, either. Listen, God, you don't know what it's like out there on Christmas Eve. You think it's all cookies, carrots, winking, and touching your nose, but ever since Satan started disrupting Santa's very tight schedule, my life has been a living Hell... literally. Just a little afterlife humor for you, there. Thought you'd appreciate it.

At first, I didn't mind Satan's impish pranks on Christmas Eve; even though he's very many centuries older than me, I've got swiftness on my side and a collection of gadgets that would make James Bond himself weep like a rapey British infant. Satan would heat up a doorknob or shove a chimney out of the way, and I'd use the Flower to Disappear to sneak up behind him and kick him square in the ass. We'd both have a good laugh and get on the with the rest of our night. Sometimes he'd whip up a few Cuban cigars and we'd talk about the wives.

For a while, I thought Satan was an okay guy who was just doing his job -- and hey, I know you two go back a ways. But ever since he decided to start amping things up, I think it's high time you did a little more than just fax me that damned list every year. BTW, here in the year 2014 we use futuristic technologies like ".pdfs" and "The Cloud." Maybe you could God yourself up a new iPad or something? I hear that son of yours is a computer whiz; I've been to his website, and he does things with frames that you wouldn't believe! 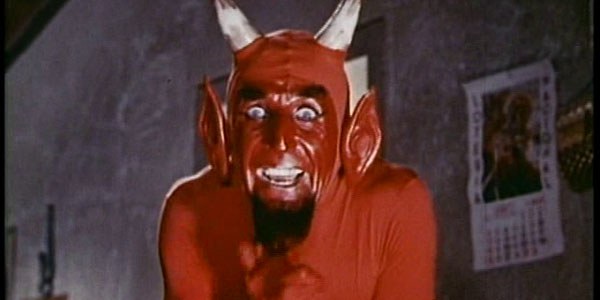 Take last Christmas Eve, for example; I expertly brush away some thumbtacks that The Devil left below a Christmas tree (for me to step on, that's how these things work) only to look up and see the entire Thompson family of Tacoma, Washington strung up in the rafters, their intestines spilled out onto the floor in the shape of a pentagram. And when I got back on the roof after literally tossing my cookies (they were generic Oreos, so no big loss), wouldn't you know that all the reindeer were beheaded and my sack of toys was mysteriously replaced with a wet bag of dead cats. If you're wondering why everyone got dead cats for Christmas last year, that's why. I was afraid to tell you that the Devil had gotten the better of me, but here we are.

So God, I know you have a tendency to let genocide, war, hatred, and Man's general inhumanity to Man slip through your fingers, but this could be your chance to save Christmas! Listen, I know just as much as you do about what Satan's planning for this year, but if the amount of blood current pouring out of the walls is any indication, it might be a pretty big deal. Again, you've got billions of years of seniority over me, but maybe you want to pop that big old bearded head of yours through those clouds once in a while? Yesterday I saw a bird with an old woman's face and it screamed at me. That probably shouldn't happen.

Mrs. Claus sends her love and also a $25 gift card to Best Buy.