2014's been a bad year for creepypasta. People either don't care about short horror fiction, or they're stabbing preteens because of it. Either way, the zeitgeist has moved on. Creepypasta is DEAD and I couldn't be happier. You see, I'm a big proponent of what I believe to be its rightful successor and heir: Christmaspasta. It's like creepypasta, but instead of using the fear emotion, it uses the emotion of pure Christmas joy! The popularity of Christmaspasta stories has been rising since November, and I predict it'll keep going until it peaks in March. Here are my favorite stories (some complete, others in excerpt form); I hope they will inspire you. Cheers, and happy holidays!

anyone from the east coast remember the tv show battery paradise? it was some kids thing on at 10 or 11 in the morning. back in 1999 or 2000 i think. it was some freaky challenge thing where the kids had to do stuff and they got batteries as rewards but really low budget tho

Welcome to the site, alelunad! Please read our style guidelines for spelling and grammar in posts for future reference. Moving this thread to the correct subforum now. Have fun!

I think I vaguely remember that, alelunad_the_great. The kids were called "battery warriors" and they got given the batteries by the "battery master"? I remember the plot was that the kids had gotten toys with no batteries for christmas so they needed to do the challenges to get the batteries. I think they got to keep the toys after the show, too.

Wasn't this show on in, like, July? why would they air a christmas show in (Read More ... ) 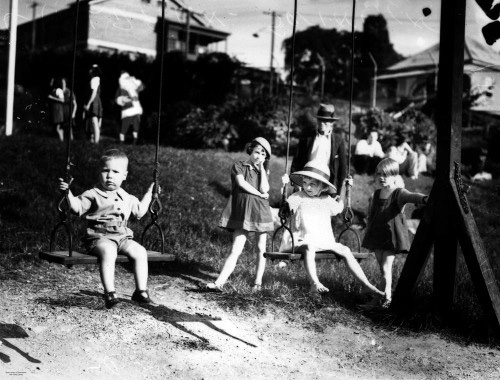 The unSlender Man is a humanoid being who generally appears as a male with an extremely rotund belly and jocular disposition. He also has a thick, curly beard of white or off-white hair (eyewitness statements disagree on this matter). He is described as wearing a red suit with white trim with a matching hat. While it is rare to catch a glimpse of the unSlender Man, his victims often say how his footprints in the snow are clearly visible for days after his visits. Thats right, you guessed it- idts the big man Santa Claus (Read More ... )