The Maltese Cross, once a symbol of Christian chivalry and militarism, is a rare example of a type of cross that has become almost totally secular. It served as one of Germany's most well-known martial awards (the Iron Cross), it is still the symbol of the German Bundeswehr, and it has become a well-recognized emblem for American fire departments. Forget all that. Anyone that has ever watched the Discovery Channel is well aware that the Maltese Cross means fat guys yelling at each other over piles of auto parts. It means motorcycles that look like bald eagles and ice cream trucks converted into turbo-charged fire-spewing mobile butterfly enclosures. 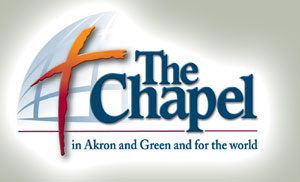 This ain't your grandpa's cross! The X-treme Cross is the croix du jour of the new multi-denominational, multi-ethnic, multi-media brand of Christianity being flogged in American mega-churches from sea to shining sea. These are the churches that have inoffensive rock bands jamming out some Michael W. Smith on stage and sermons that come with their own Power Point presentations. "Yo, come on down to our cool church, for real!"

I once had the pleasure of attending an X-treme church and I sat through a ten minute video presentation set to an R.E.M. song (being played without irony at 150 decibels) followed by a sermon about Islam being a religion of hate. Then a fat white guy played a saxaphone while people put folded checks into a basket. I don't understand the lure of the over-amped religiontainment boom. Spending twenty minutes in that church was enough to give me a real craving for the flesh and blood of Christ, some Latin chanting, and a squad of Ultramarines.

If you see this cross on a church, it's probably best to feign vampirism and recoil while hissing. 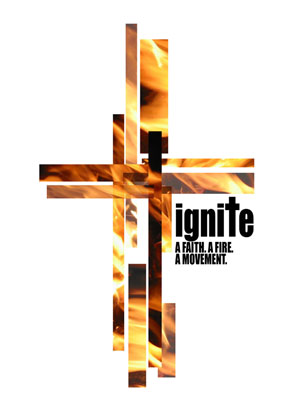 The latest incarnation of the cross is the hip Cross 2.0 and it is a cross for the information age. As you can see from the example, Jesus died for your sins on some sort of collage of fire taken from a Corbis CD.

The early-adopters for Cross 2.0 include urban churches trying to attract junkies for a religious needle exchange program and churches that permit gay marriage. These are the sorts of churches supported and infrequently visited by minor celebrities. Larry David's wife probably goes to a church that employs Cross 2.0. The guy who wears the catchphrase hats on 30 Rock probably attends a Cross 2.0 church.

So what's the problem with Cross 2.0? Nothing, as long as you don't actually care about the cross. You're not so much getting the cross as you're getting an extra heavy-handed version that adds new layers of message by turning the enduring symbol of Christianity into a photo collage. Yes, the cross is made out of starving kids from Africa. We get it. We need to be Christian harder. Do I really have to pray to a guilt trip?

The answer is no. You can also pray to the Holy Throne of Terra.