Actual Satanic Rituals Assembled from Media Reports of the 1980s 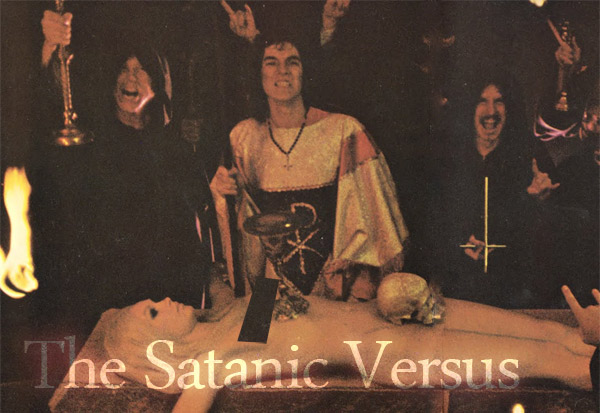 A fear of Satanism permeated the media from the early 1980s to the early 1990s. Fueled by a rise in occult-themed rock music and other dark forms of entertainment aimed at teens, this paranoia gripped small town sheriffs and concerned citizens across the United States. For a while it seemed like cults were springing up everywhere. Theories were floated no matter how far-fetched and every body found that was gnawed on by a raccoon was presumed to be part of a ritual praising Satan. The details of elaborate (and usually fake) rituals leaked into the media.

So what were these evil satanic rituals like? It varied wildly, from sex to weird piss videos to burning puppies, anything could be done in praise to Satan.

15 Teenagers aged 14 to 17 walk into an abandoned church painted with pentagrams and occult symbols such as "666" and a devil face. One of them lights six candles and someone brings in a skull of a goat. Some of the teenagers tie each other up and create small cuts on their arms and legs as part of an S&M sex orgy. In the woods of Toledo they murder 50 to 60 children during sex rituals. If they conceive more children during these rituals those are also sacrificed to the devil. The bodies disappear after they are killed. Wooden crosses are erected all around a pentagram while teenagers are literally having sex with people until they die.

These teens have been turned to satanism during their younger years by a babysitting service run by Carribeans. The babysitting was a front for a cult which subjected the children to satanic sexual rituals and indoctrinated them into the Satanic cult.

They gather in a barn. The scene is surrounded by black and red candles. Some of them who are not having satanic sex are wearing black robes and speaking in a strange language. They have kidnapped a 15-year-old and they tie him spread-eagled inside their pentagram. They draw blood from his neck. They are not killing him, they are welcoming into the cult. They make him wear a collar with spikes on it around his neck. Somebody licks blood off of his finger.

Outside the old barn are 263 dead animals sacrificed and burned by a zookeeper. Nobody knows why he did it. He can't say. But Satan must be pretty happy about all those drums full of burned puppies. 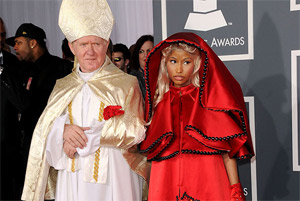 A police detective in Oklahoma shakes his head. All of these kids today are listening to this music and reading Satanic books. Learning the Satanic symbols. Their power is growing. Why don't they love life?

In Phoenix, a heavy metal band gathers in a Motel 6. A 17-year-old boy has agreed to become their sacrifice in a Satanic ritual. They tie him naked to a bed and tape firecrackers to his chest. They douse him in alcohol and light the firecrackers. The room fills with the smell of gunpowder and booze. As the firecrackers explode the alcohol catches fire. The band members chant for Satan and begin urinating on the teenager, extinguishing the flames. The ritual is videotaped and the teenager is allowed to keep the tape. The band is asked to leave for being too noisy. Technically not part of the ritual.

Satanism is practiced by children in three counties in Michigan. They have a site located somewhere to the north where they perform their rituals. One day a 15-year-old boy shoots and kills his older brother. He uses a shotgun. For Satan.

Waiters in San Francisco are part of a gay satanic cult. They take all the blood out of their victims and wrap up their dead bodies in blankets. They take their victims from the unwanted - derelicts - and they carve pentagrams in the victims' chests. They are waiters and they love gay Satan. They are also union members.

The Cardinals, by then, had noticed the growing power of Satan. They became worried.