Beware Your Fantasies of Football 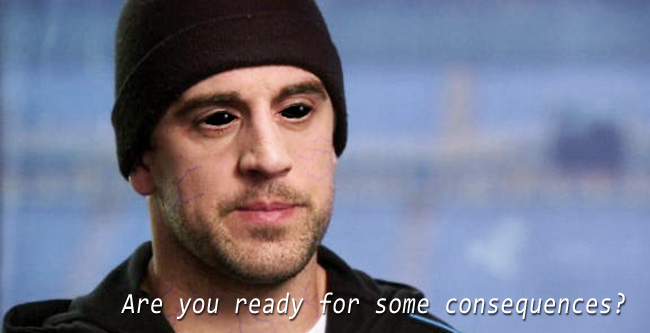 I offer you this warning but once, mortals. Be careful how you meddle in the unseen pattern of football. You think you are playing a game. A meta game. But you are yourself trapped within a game that you cannot see.

You are being played by beings immeasurably superior to you. Ideas, fantasies, have power. They are the one thing that resonates through the hexagonal membranes of your false reality. Pray, mortals, that your fantasies of football go unnoticed.

Nothing is more dangerous than a fantasy that comes true.

Romo in the shotgun, his arms unfolding like the petals of roses, footballs firing into the counter-geometry of a hyperfield and somehow, past the ghosts of alternate timelines, connecting in deep coverage. 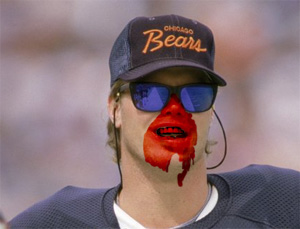 An entire team of 1985's Jim McMahon colonizing the back of Refrigerator Perry. McMahons slithering up from their burrows to Cyclops blast lasers from beneath their sunglasses. Lasers that incinerate Willie Gault. The ashes coalesce in the red zone. Wide receivers are no longer needed. The run game cannot be stopped. It is beyond being stopped. Perry heaves his leviathan body up from the turf. He towers over Soldier Field, dropping McMahons from his body. Offense and defense merging into a single monster that grinds the 1985 Patriots in its molars.

The Green Bay Packers from 1943, when the league allowed dogs to play against women because the men were fighting the Japs. Snarling packs at midfield. Rosie the running back, hair in a rag, shot full of radioactive serums, biceps like dozens of softballs stuffed into pantyhose. She is not a woman anymore. Not even human. She disappears under a snapping defensive line only to toss them aside as her plastic flesh heaves in a river into the end zone.

You made these things happen. Your fantasies created the Jacksonville Jaguars. Your meddling in things you cannot possibly comprehend caused the cannibal Raiders fans of 2006. Do you want a repeat of what Ben Roethlisberger did to all those Japanese kogal girls when he became an anime?

You cannot undo these things. Your reality is already changing. But you can abandon your fantasies.

Did you really draft RG3? Did you give Mike Shanahan a stroke? Are you enjoying how all of your fantasies have turned Eli Manning into a slime? He had a family, now he is a slime. Great job, mortals. 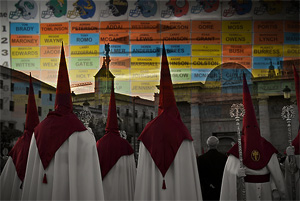 You wanted this so bad that you bought one of those ridiculous NFL packages on your TV. If you were real, observation would not alter the observed, but your life is a meaningless performance for those that look down from higher, incomprehensible perches. Watching all those games is changing the outcomes, just not how you would expect.

Drew Brees has a gem in the center of his forehead. When the ball is snapped he can see the circulatory system of every player on the field and, in red conduits, knows where their blood will be as the play develops. He can pass into coverage, because he can hear the song of the blood. But Drew Brees hungers. Your lust for betters stats have caused him to leave a trail of husks, drained of all moisture, their eyes black and their mouths frozen in silent screams.

Will you allow this to happen to your world? To your reality? Will you give it all up for winning the yearly pool?

Of course, it is as I have always planned. I only warn you so that I may gloat that you are aware of your own depraved self-destruction. When Aaron Rodgers wears the black crown, when the skies over Baltimore open up, when the 49ers simply cease to exist, I will be there, laughing at your folly.